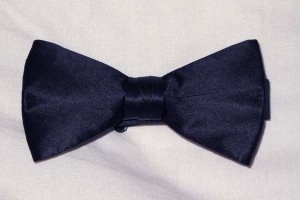 Last night three idiot more idiots, all of them are photographers (me among them) joined other idiots in Blackpool. After we finished photographing we went for a late dinner in our working clothes – this time it meant smoking for us with bow ties. Once we were dressed properly for the occasion where else could we have gone other than a fish and chips fast food restaurant? Not that any other restaurant would’ve been open after midnight, but we were working all day and continued downloading photos later on so we needed the energy. I don’t like fast food, but in this situation, it was inevitable and considering our special dresses it was fun too. Of course, we ordered fried chicken and barbecue ribs – those are delicious but require your hands to eat them. We looked funny, but locals didn’t have a word to it. They are used to a lot of strange things – and others from the same event we photographed came in as well dressed in dinner jackets.

Blackpool is a sort of holiday paradise for the English working class. As one might expect, it is full of night clubs, casinos, other entertainment and lots of pubs. Youngsters dressed in colourful outfits strange to the Hungarian eye wander the streets and go to drink from one pub to the other all weekend. One day I met a bunch of superheroes accompanied by two Tele Tubbies. Last time I was here I met some teenagers with fluffy pink bunny ears.
So we were only asked if we are going to a party in this outfit. One of the colleagues was considered to be a musician wearing the smoking as he was hanging his “instrument” in his hand. The colleague was a but baffled asking what music could a monopod (one-legged camera stand) play? In the end, we agreed it must be percussion, but we didn’t tell it loud there is similar equipment that is used by mobsters to hit people (Hungarian police has been confused by considering the photo equipment to be a weapon in some occasions).

Addition: unfortunately I don’t find the group photos snapped in the fish and chips.