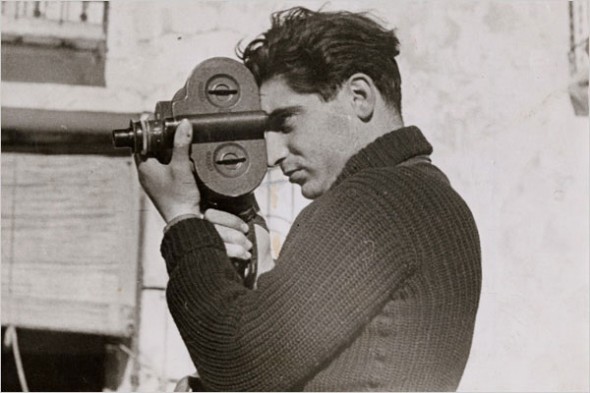 The world famous war photographer known as Robert Capa was born on 22nd October in 1913 in Budapest, Hungary. His original name was André Endre Friedmann until he fled his homeland in the wake of the Second World War related posts on the blog which brought him the fame and success.

The gold medal for war photography awarded by the Overseas Press Club of America also bears his name. The Robert Capa award was founded in 1955 to honour the bravest photographers. James Nachtwey won the award five times.
Last year his riport in Kenya Getty Images photographer Shaul Schwarz was awarded. The winner this April was AP photographer Khalil Hamra.