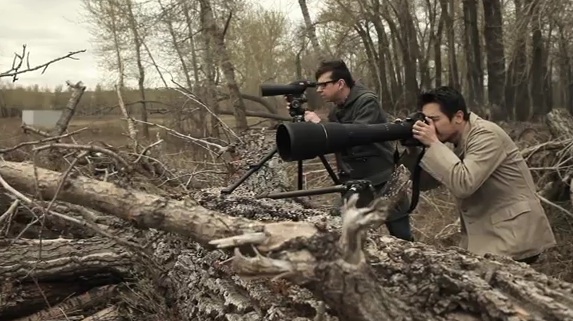 Normandy-like battle scenes recreated for a virus video advertising a photo shop. This video has been spreading on the web for a while like a virus. However it has been watched “only” 32 thousand times by the time of writing this post, the chart heads upward. Bets can be placed when it will pass one hundred, five hundred then 1 million views.

I think it is somewhat pathetic, but I understand the association and many camera gear enthisiasts consider it to be the photographer heaven….I don’t think it would be like this, but after all the Canon-Nikon, PC-Apple and other debates I don’t want to start a new religious photography discussion. Celebrate the freedom of religion – and brand choices!

Update: Not much after my post a sequel of this virus video also got published. It also features a similar motive and toolkit with a somewhat different edition. You can watch this one below as well.

I didn’t follow view statistics for a long time, so I don’t know when the above mentioned numbers ere reached. It is however sure about 8 years after the publication of my post, in March 2019 almost 3 million people have seen the first one and only about 232 thousands saw the second one.

What is your favourite funny photography video?