This is a funny picture from last weekend’s Critical Mass bike parade. “Cyclechic” is probably a familiar expression for those reading the blog with the same name. I hope my readers also understand why I gave this title to this post. 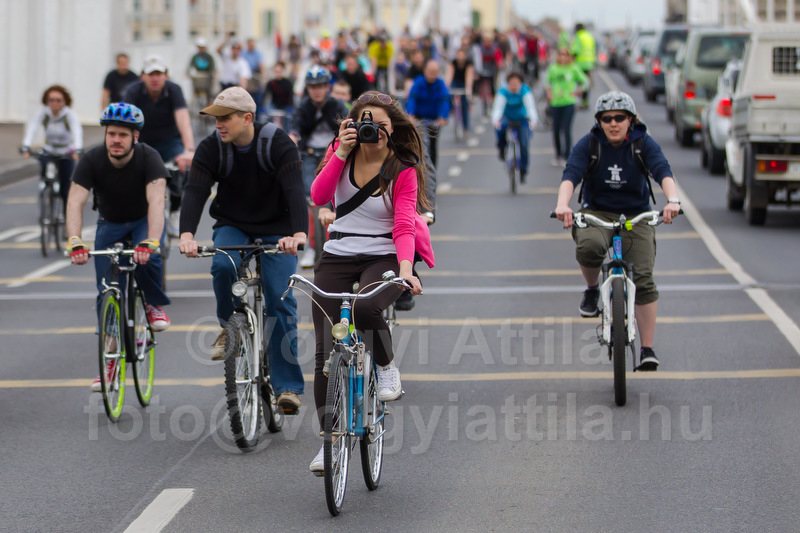 I think Cyclechic blog is an interesting idea but I have some personal rights concerns regarding if every girl likes to be photographed and their pictures shared on the web. It is not my task to judge but if you are interested in the topic, have  a read of my posts on personal rights and my post about taking photos in public places.

However I couldn’t resist publishing this photo on my blog. It was also taken during a public event on a public space during a demonstration so it cannot really be legally challenged by anyone, to return to the legals for a brief moment.

Any way I’m curious what photos she managed to take of us photographers photographing her during her ride. If you are seen in the photo or you recognise her please tell her to send her photo to me!

Did you take any photos of this year’s Critical Mass? 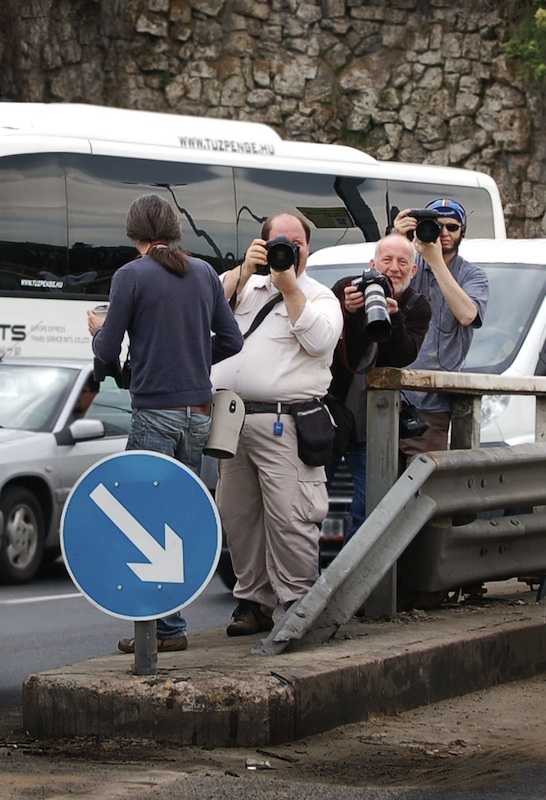 Photo by BK the girl on the bike above

Update: Because I wrote about the Cyclechic blog, it’s editors wrote me a letter to let me (and you) know their directives. Despite its name the blog doesn’t only publish photos of pretty girls but rather their goal they say is to show positive examples to bikers and show people riding a bike as a form of urban travel can be stylish for both women and men. They say their authors always try to respect personal rights, avoid publishing paparazzi photos of bikers, and whenever possible try to talk with the people on the photos and get their permission to publish. They also said until now nobody had a problem with being published on the site, but if there would ever be any complaint they would remove the unwanted photo upon request.
I’m happy with their answer and am grateful to them for sharing my photo  which helped find the girl who took the picture at the top, who then sent me her picture.

No twiddling of thumbs on Friday