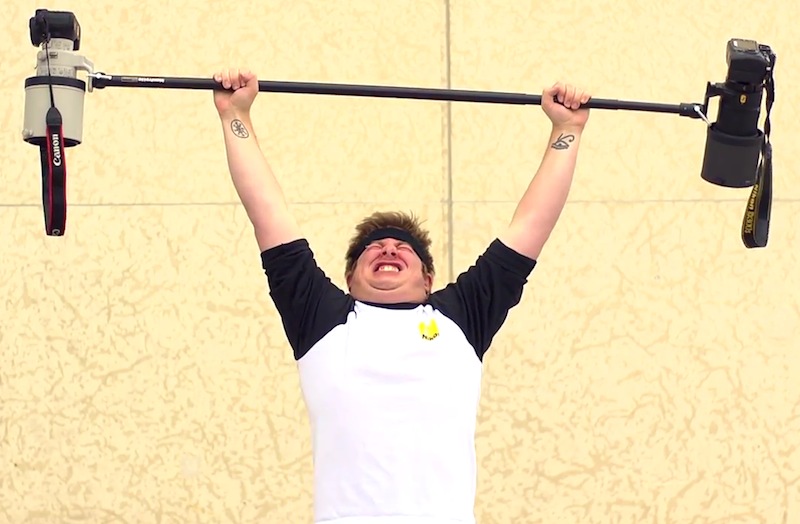 Another funny photographer video spreads aiming at  camera enthusiasts. Mind bending photography association shows us how an Olympics would look like if photographers would compete each other on the playing field: World Photo Games 2012.

Among many other photography sites PetaPixel also wrote about this short movie just like the previous creation of the authors Battle at F-Stop Ridge. They share some similarities like everything revolving around the cameras and other photo equipments. That one and it’s sequel shows us fighting scenes recreated with various cameras, lenses and flashes used as means of combat between Canon and Nikon users – however some other brands and large format cameras also appear in those videos.

This time the game is on around cameras as well, but now they are portrayed as tools of various fields of sports. Of course in all of these short and fun movies it is a key element they are sponsored by a Canadian camera shop as an advertisement.

What do you think is such a funny video a good advertisement?