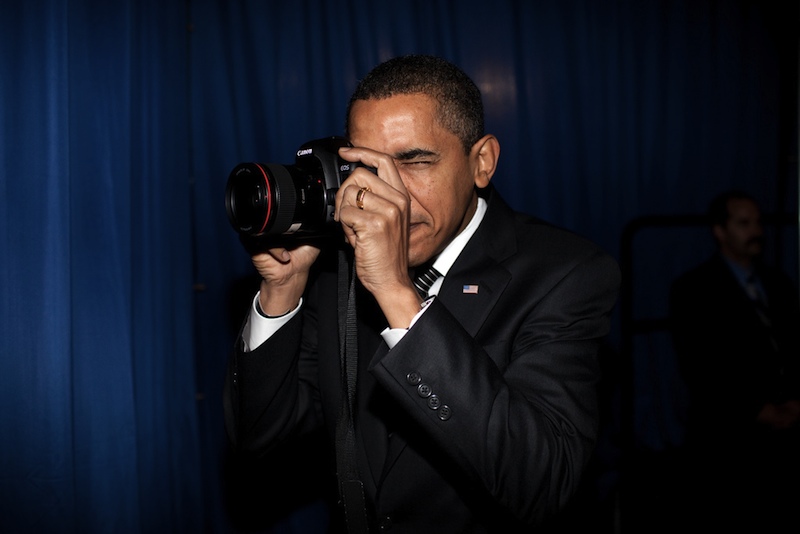 Obama with 5D mk2 then – Photo by Pete Souza/White House

Some new photos taken with a 5D mark III appeared among the official photos of the White House. It seems the official presidential photographer of Obama got some new toys.

This post is not about Obama getting some new toys like I mentioned in case of president Medvegyev last time. However even he may show up holding it in his hands like he posed once in Arizona with a 5D mark II then (see picture).
Rob Galbraith spotted it on the Fofficial White House Flickr stream recently that there is a photo taken with the new 5D mark III (he even spotted another one since then). The photo documenting a usual boring meeting has an EXIF info telling Pete Souza took it with his favorite Canon 35/1.4L lens, he uses for the most of his photos of the president. Galbraith also adds the public online archive shows Souza prefers prime lenses over the zooms. 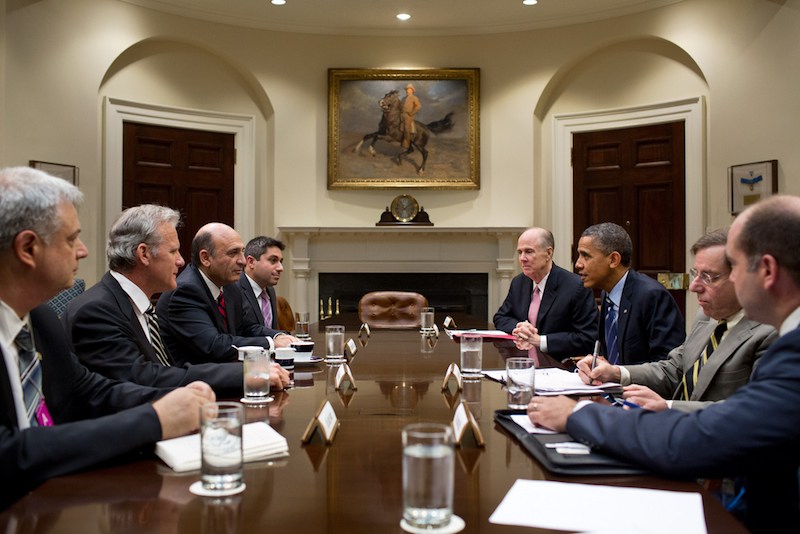 Even though the official photographer team of five (Pete Souza, Lawrence Jackson, David Lienemann, Chuck Kennedy and Sonya N. Hebert replaced Samantha Appleton) has some photos taken with a 1D mark III, like Pete Souza told not when he took his position as the official photographer, most of the pictures were taken with the 5D mark II. Just like the most well known photo of the administration showing a meeting over the kill of Osama bin Laden, or the president meeting the mine accident surviving photographer Joao Silva.

The 5D mark III seems to stay permanent in the White House, even if the card speed issues surfaced recently don’t get fixed. The presidential photographers went along quite well with the 5D mark II that had less features and accuracy. The diplomatic events they cover will unlikely fill the buffer of the mark II to cause any trouble.

Obama won elections with the love of pizza?