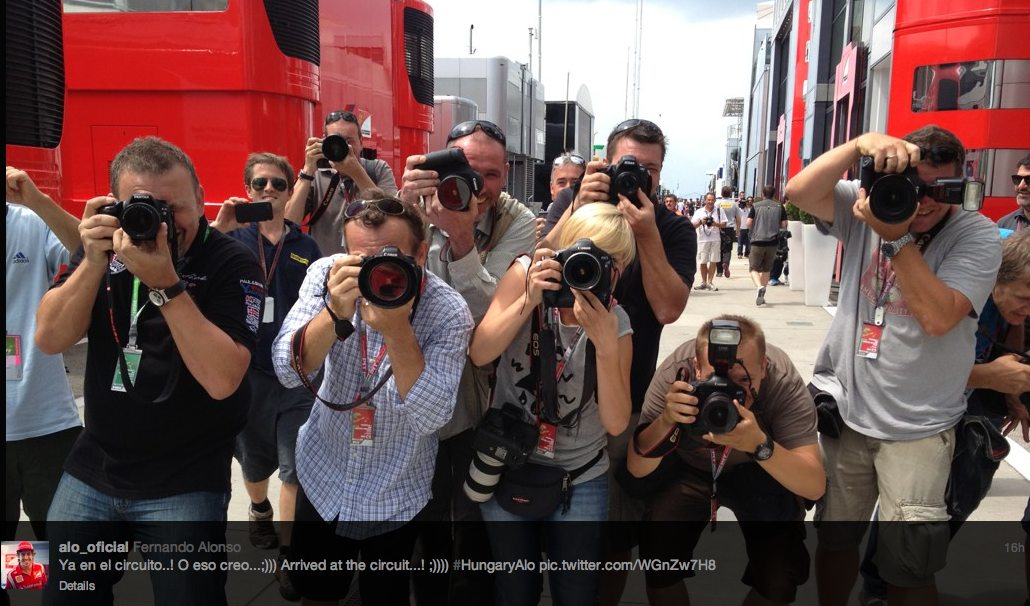 “Arrived at the circuit…!”
Photo by Fernando Alonso/Ferrari 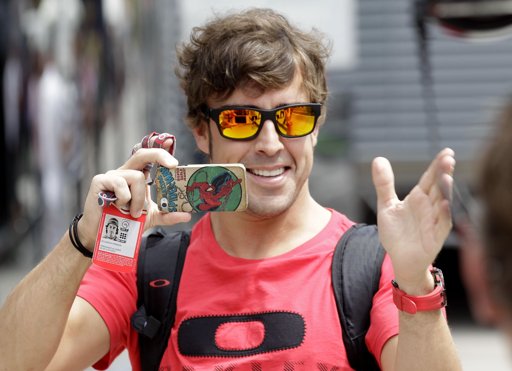 Ferrari driver Fernando Alonso surprised all us photographers at Hungaroring, when he pulled out his phone and photographed us while we photographed him.

As is usual on the day before the race photographers tried to snap the drivers preparing for the race when Alonso started instructing them to move closer to each other to fit the picture he was going to take.
The real surprise came soon after when the photographers found themselves on Alonso’s twitter with the message “Arrived at the circuit…!” 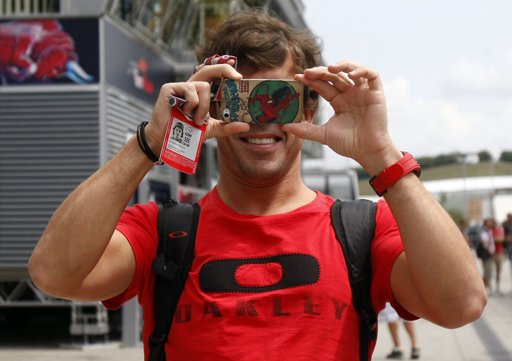 In the picture you can see photographers  like Reuters‘ Hungarian photojournalist Bernadett Szabo who took the two photos of this funny scene I include here.

How would you react to having your picture taken by a celebrity?

Photo-cyclechic: girl with a camera on a bike at Critical Mass