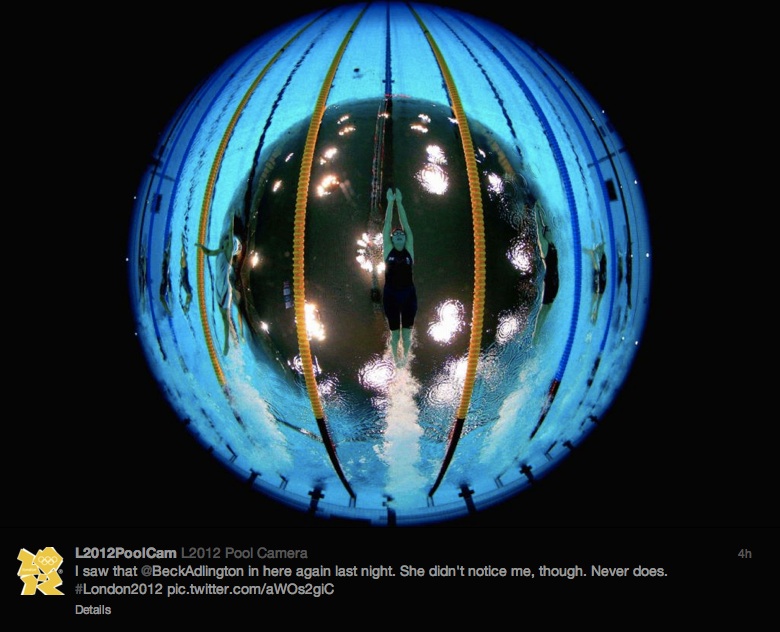 “I saw that @BeckAdlington in here again last night. She didn’t notice me, though. Never does.” – PoolCam tweet – Photo by Getty Images

There is a strange resident in the swimming pool of the London Olympics. It doesn’t only watch competition in the water from a close up view, but it broadcasts underwater images live. More than that  it adds really funny comments to the spectacularly looking competitions.

It turned out the “entity” silently tweets on the bottom of the Olympic pool. Of course it cannot be heard in the water not to disturb athletes. But you can follow the funny little thing’s tweets at the L2012PoolCam címen account on Twitter where it entertains us with the most visual photos of the swimming events and its funny comments like the ones I included here. 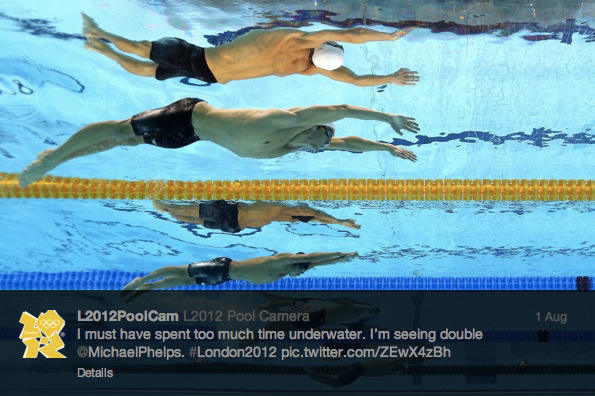 Of course it can be nothing else but the underwater deployed versions of the robot cameras I already mentioned. They follow all the Olympic events and their pictures are shared with a delicate taste on the social network. The tweet operator impersonating the camera seems to have great fun tweeting the photos of Getty Images. Like a real social media specialist he also addresses the swimmers on the photos using their Twitter accounts that attracts the attention of the followers of the star sportsmen to this new project and of course the great shots too. Some of the pictures have a Hungarian swimmer as well however he is not named unfortunately. 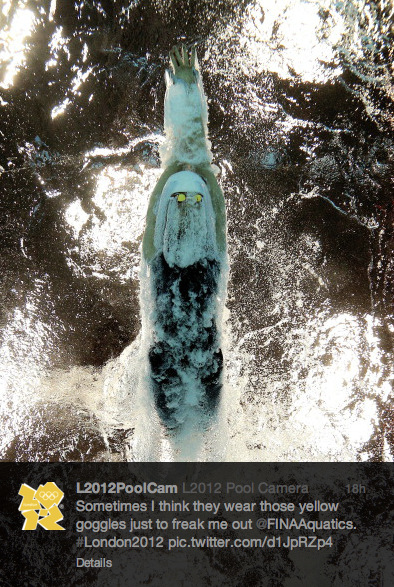 “Sometimes I think they wear those yellow goggles just to freak me out.” – PoolCam tweet – Photo: Getty Images

“I match the world’s best swimmers, stroke for stroke. They speed along on top. I race along the bottom, for #GettyImages, always looking up – and always wet.”

The very first tweet on the opening night from the pool cam was:

“In position under Lane 4. Join me underwater for a different perspective on Swimming at London2012.”

The name PoolCam is obviously a double joke for insiders. Pool is not only the term used for the swimmingpool itself. In the media world – especially at sporting events like the Olympics – we use the expression pool as a designation for the photographers having a special access or position that other accredited photographers don’t have. And what else could be a greater privilege than “someone” being allowed to sit on the bottom of the pool and take photos of swimmers from there?

Maybe this tweeting machine will answer my fundamental question until the end of the games whether or not Do robot photographers dream of electronic sheep before the Olympics?

Which one is your favourite tweet from the cam and what would you ask from the underwater robot camera? 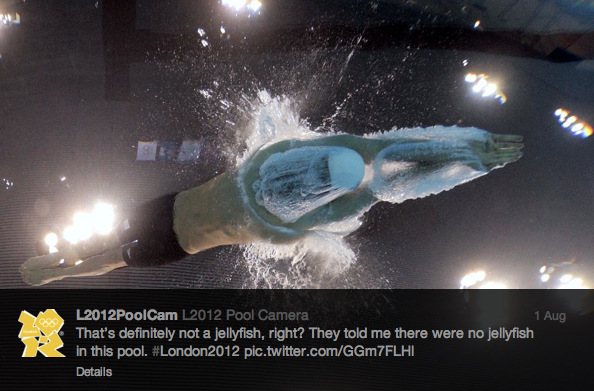 “That’s definitely not a jellyfish, right? They told me there were no jellyfish in this pool.” – PoolCam tweet – Photo: Getty Images 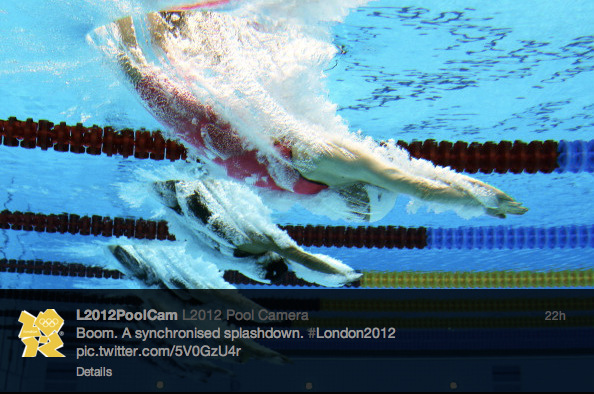 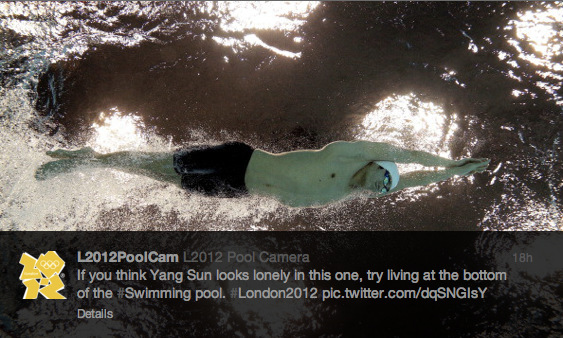 “If you think Yang Sun looks lonely in this one, try living at the bottom of the Swimming pool.” – PoolCam tweet – Photo: Getty Images 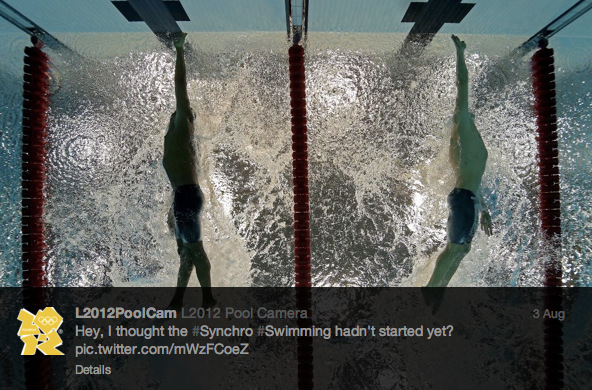 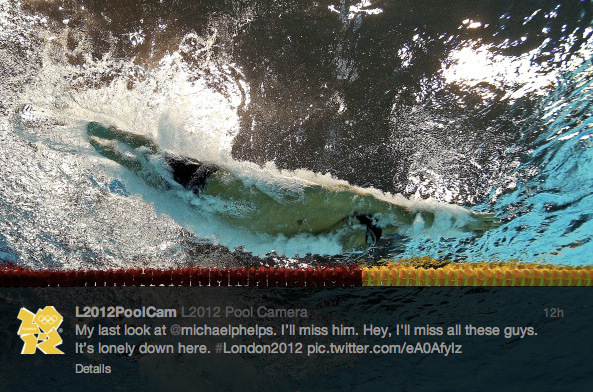