Have a look at a D700 taken totally apart. Nikon’s former semi-professional camera looks like a jigsaw puzzle game in this image. Look for the shutter unit, mount, electronics and the rest. 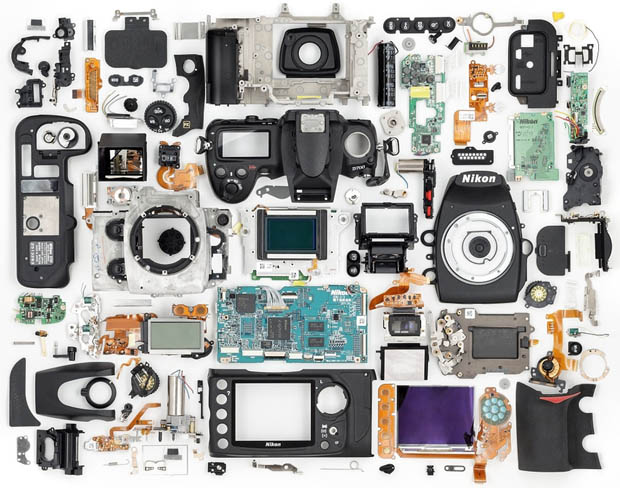 Czech photographer Martin Kozák quite probably won’t assemble the parts again together into a camera.
As PetaPixel recently shared the camera was owned by Honza Martinec, who accidentally fell into water from a pier with the camera around his neck with a 70-200/2.8 VR II lens. He and the camera was under water just for a few seconds and battery was removed immediately but the camera didn’t shoot any images ever again. However focusing did work but neither shutter release nor the LCD was live. The local Nikon servicce found it more expensive to repair than to buy a new one.
This is how the camera got into Kozák’s hands for a thorough inspection. After one and a half hour of work the components were laid out for these pictures.

The 260 tiny screws, springs and other mechanical elements on the image below are a bit less organized but it still proved him to have quite a patience for this – I really envy those talented enough not only take a camera apart but to put it together again from these pile of parts resulting a camera not a toy car or a coffee machine.
I only show two of the pics but you can check out the rest on PetaPixel and the website of Martin Kozák as well. Both have detailed shots of individual elements and it is also worth paying a wisit to his 500 px gallery hosting lots of his fine sports photos that can also be purchased as well. 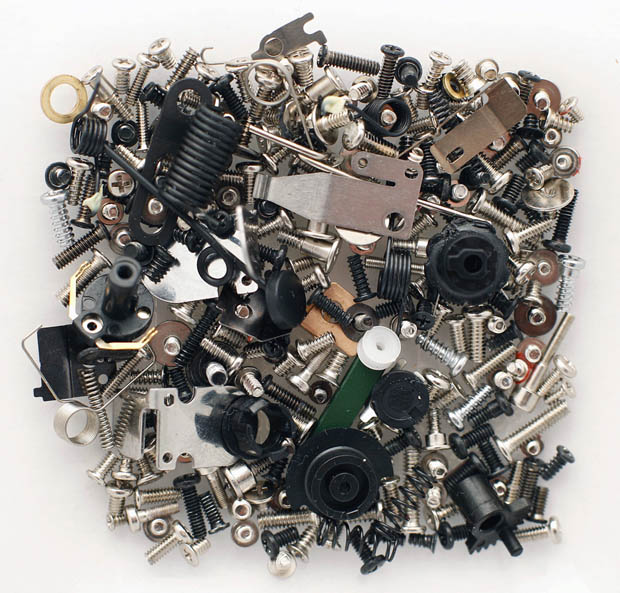 13 aspects of a professional photographer