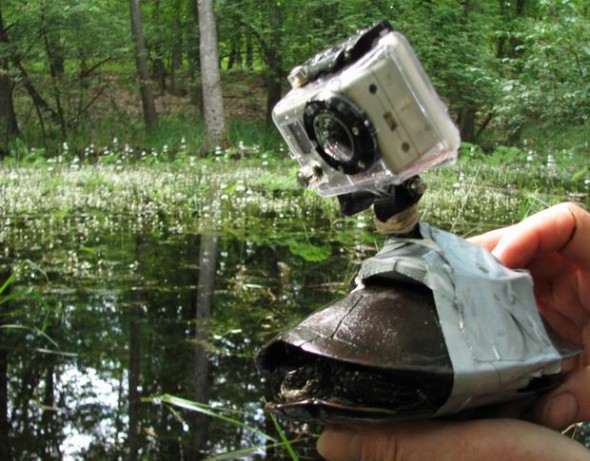 Turtle with the camera

How fast a turtle can swim with a GoPro camera attached to its back? The staff of Wild Hungary made an attempt to record a very special turtle eye perspective shot.

An unknowing, but very cooperative turtle was attached a GoPro camera to see what he can see underwater in the swamp.
The question is very interesting, but unfortunately the recording had to be left out of the movie as it didn’t make a useful scene.

As the creators write it on their Hungarian blog:

“Our turtle swam easily with the strange payload on its back and of course we quickly removed it. The turtle was unharmed, but we have no shot – we have to confess it the recording wasn’t of super quality, we have to develop this technique. The water in the area is clear, but terribly dark for recording underwater video.

We rather don’t attach lights on the turtle….” 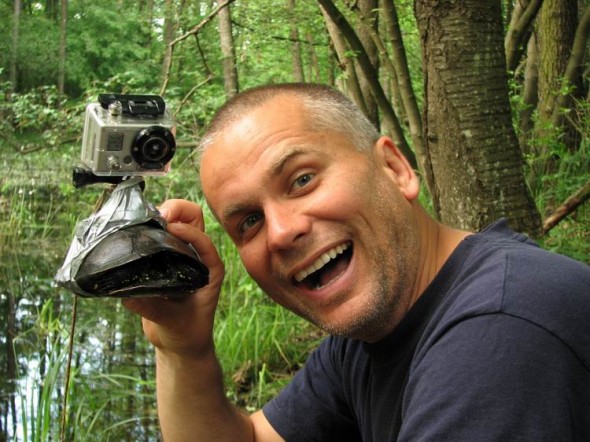 Director Zoltan Torok, the turtle and the camera

Probably it didn’t help their attempt that the underwater housing of the older GoPro Hero 2 camera they used has a spherical dome to protect the lens. Unfortunately this makes impossible to find focus under water due to the distortions. For these cameras to be able to record useable quality video underwater you have to replace the front of the housing to have a flat glass in front of the lens. These are sold separately, but fortunately the newer Hero3 (and later) cameras are sold with a flat glass dive housing by defult.

You can watch the entire Wild Hungary movie for free – it is worth to do it and below is an interview of the making of the movie (in Hungarian only).