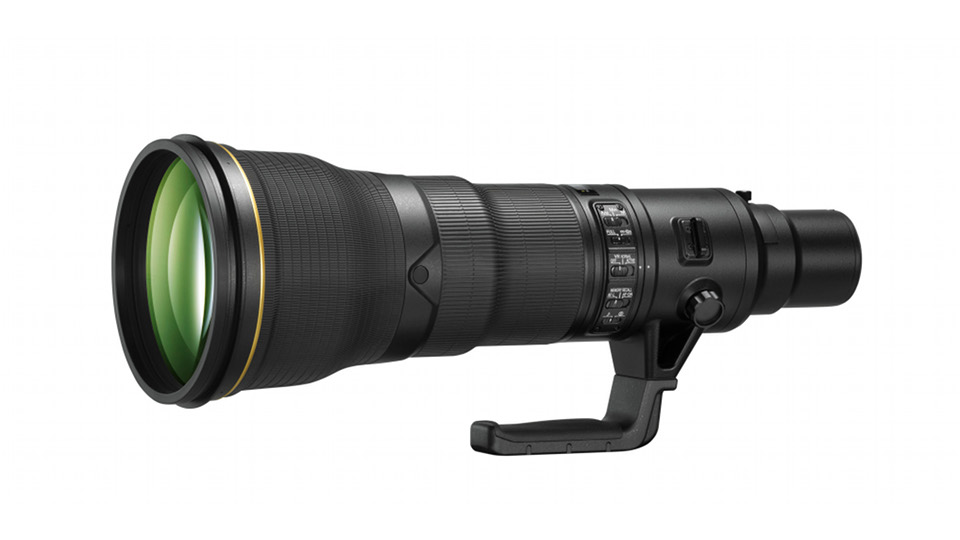 Gizmodo published a few days ago a strange piece on Nikon introducing its newest Nikkor 800 mm f/5.6 telephoto lens – a lens I wrote about earlier when the company still had it in development phase. Gizmodo’s approach, as a friend of mine put it, is like criticising a Formula-1 car for being uncomfortable and having neither a trunk nor air conditioning. The article by Mario Aguilar includes the following gem:

“the new absurdly long, fixed AF-S Nikkor 800mm, f/5.6 aperture lens since last year. Now it’s here, and you’ll be happy to know that this lens’ crazy and inflexible magnification potential is coupled with the absolutely ludicrous price of $18,000. […] In fairness, this lens is freaking marvel of design intended only for professionals, and the Nikon product rep who introduced me to it told us they expect to sell every single one. Surrrrre they will. I mean the thing has up to four stops of VR image stabilization! Because you’re going to hand hold it, obviously. (Also note: the fixed aperture can be trimmed to f/8.0 using a special AF-S Teleconverter TC800.)”

Later he continues to pontificate, comparing the telephoto lens to the smaller and more affordable wide angle zoom lens also announced at the same time: “at $750, it costs considerably less than the 800mm monster.”

Factual mistakes
It is hard to decide whether the article means the author really has no clue about photography and camera equipment or if he wrote this rubbish in this style just to draw in a larger audience. One factual error is his claim that you could only stop it down with a teleconverter. The widest aperture of the lens is 5.6 and you can stop it down as far as f32 just like any other lens.
The mentioned AF-S TC800 is a 1.25x teleconverter specially designed for this lens but is only an option for getting the 800 mm super-telephoto lens converted into a 1000 mm f/7.1 beast. Image stabilization of course comes handy with this focal length. Even if not shooting handheld moving the lens to follow a subject can be hard using a tripod or monopod – on the other hand tripods are often forbidden or at least strongly not recommended by event organisers at the more prestigious events like the Olympics – this focal length on the other hand can also come in handy at such events as well.

Extreme but far from ridiculous
The author is not the only one surprised by the price of such long focal length telephoto lenses. Most of the hobby photographers won’t buy it while it also seems probable that most Hungarian professionals wouldn’t use it either – at least not any time soon. this is different from calling it ridiculous, however. Also comparing it to a wide angle zoom lens as the author does is what is really ridiculous, nay ludicrous! Even an uninformed writer would hold back from saying that, not least as it is professionally insulting to assume someone appointed to write technical articles can have this lack of basic knowledge about focal length, extending lenses, and how to use them.

I can very much understand someone saying he would not spend this much on this lens. However, most of phtoographers, I believe, would say instead that they would like to spend so much but unfortunately can’t. There are also users who can pay such a price for a while, and also know what to use it for.
For example in my Olympic photographer inteviews more than one colleague told me that for most Olympic venues a 400 mm lens was almost the basic to be used and the preferred focal length was 500-600 or 800 mm. They also said that the usual workhorse 70-200 mm was used for general view shots as if it was a wide angle lens, with some exceptions of course as always.
But you don’t have to go as far as the Olympics. Even a swimming competition in an ordinary 50 meter pool can make good use of a 800 mm lens. There are some parts of the Hungaroring Formula 1 race track where it comes in really handy. Not to mention bird photography where almost any focal length screams for a doubling as birds never fly close enough – that is, if you’re not lying in a hideout of Bence Mate.

I had one in my hand too, or one like it, that is
While I’ve never handled the Nikon lens just out, I have used the Canon 800/5.6 L IS USM version. Round about the same time last summer – during the Formula-1 race on Hungaroring – when the AFP photographer Leon Neal was writing about it on his blog in a try-out of a pre production piece of the Nikon 800 at the swimming competitions of the London Olympics.

The Beast on a Vatican assignment