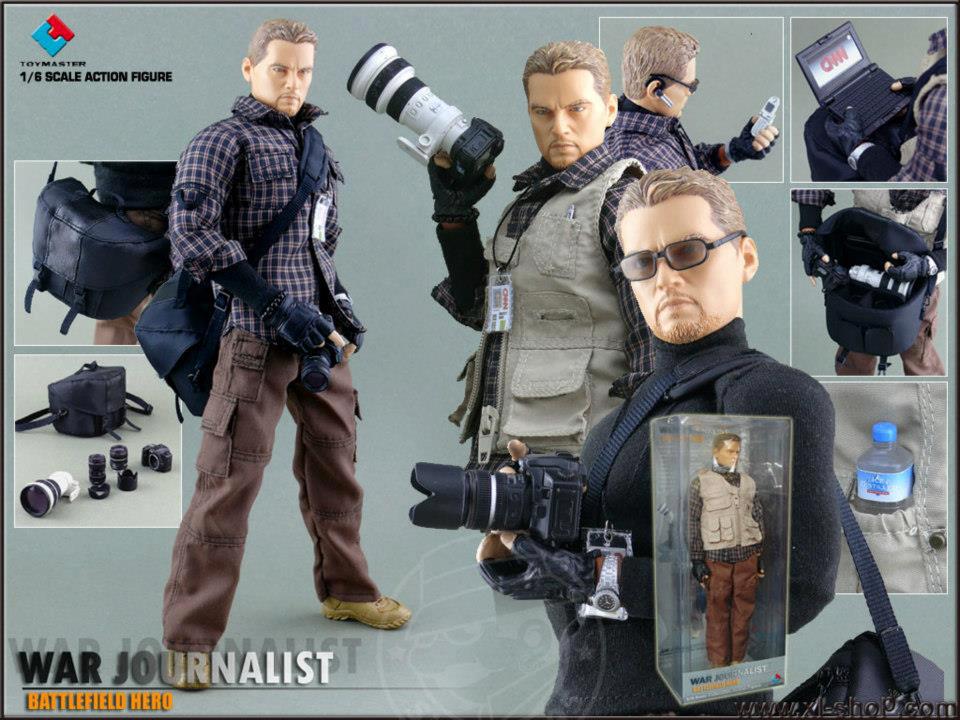 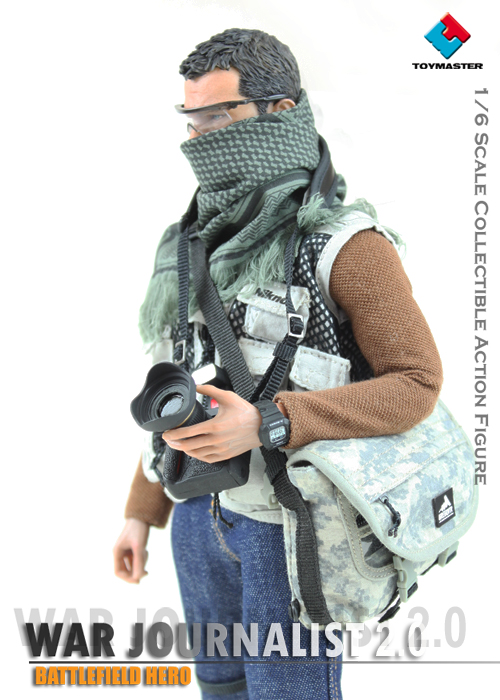 Did we ever dream when we were kids that one day we would become the idols and even toys of our own kids? Well, not long after a Barbie photographer complete with built-in camera appeared in toy shops, an even more interesting figure – well, for us, that is – popped up on the market recently, the photojournalist action man.

To be more precise, the action figure “War Journalist: Battlefield Hero” made by the Toy Master company was spotted by one of PetaPixel‘s readers. For the online photographer community the news was startling, but the product has actually been around since 2009 and is already sold out, listed as discontinued indeed by some toy shops.

Commenters on PetaPixel and my blog post in Hungarian on Facebook decided the face was uncannily like that of Leonardo Di Caprio. Personally, I think another Hollywood nice guy, Ryan Philippe would have been a better model, especially given his starring role of Greg Marinovich in the Bang Bang Club movie based on a true story of conflict photographers.

On Ebay you can purchase the 2.0 version from 2010, which has slightly different clothing and equipment. Interestingly, the earlier model had a Canon DSLR, but the presumably more modern 2.0 version has an analogue Nikon (it reads Nikno in fact). This one doesn’t have an LCD on the back, while the figure even has two rolls of film and two pens in his kit. The newer version also has a flash and a digital Leica (that reads Lecia of course). But you can buy the DSLR set of the older version sold separately – perhaps to supply the newer one with it. 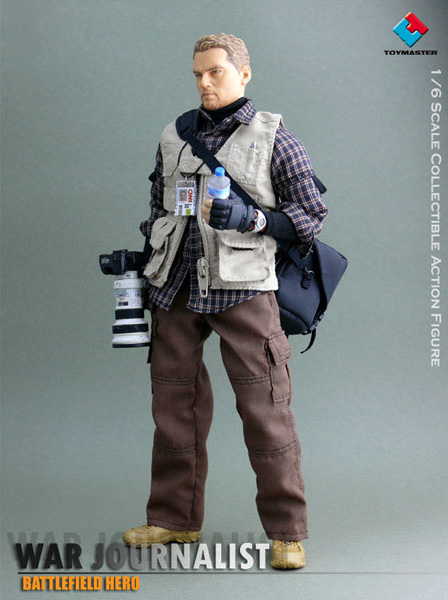 To have it look more real they both have a mobile phone, laptop, photo vest and a bottle of mineral water each. Curiously, the zipper on the vest is almost larger than the camera itself. And only the former one has a press pass, with a CNN logo intriguingly emblazoned on it. The Atlanta-based organisation, of course,  is a TV station  which fired most of their staff photographers recently.

The manufacturer says they are war journalists, but I think a sports photographer or even a paparazzo would look the same, it depends only on the game you, or your child, plays with them. The large white Canon 300/2.8 lens lookalike after all is more commonly seen at sports events or around celebrities than in war zones where it could easily be mistaken with a rocket launcher as happened tragically in the case of Namir Noor-Eldeen killed in Iraq (who wasn’t even carrying a lens this large).

What do you think about the figures? Do you think it is an ideal role model for kids? Have you already ordered yours?

Update: I found an older version of the figure. This war journalist toy appeared in 2004 according to Poynter’s article. He has a helmet and a body armor too and he has a TV camera additionally to his still DSLR camera to lug around in the conflict zones….he is a real multifunctional photographer. This makes it much harder to believe that its creator, James Hung made his toy look like a war reporter friend of his like he said in an interview. 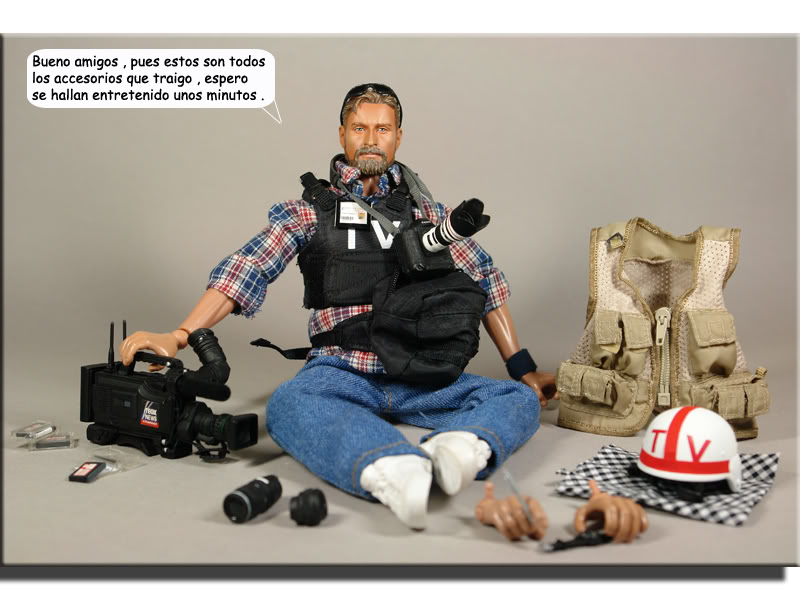 Another war journalist figure from 2004

This is how thieves steal camera gear

Photojournalist strike in the Netherlands