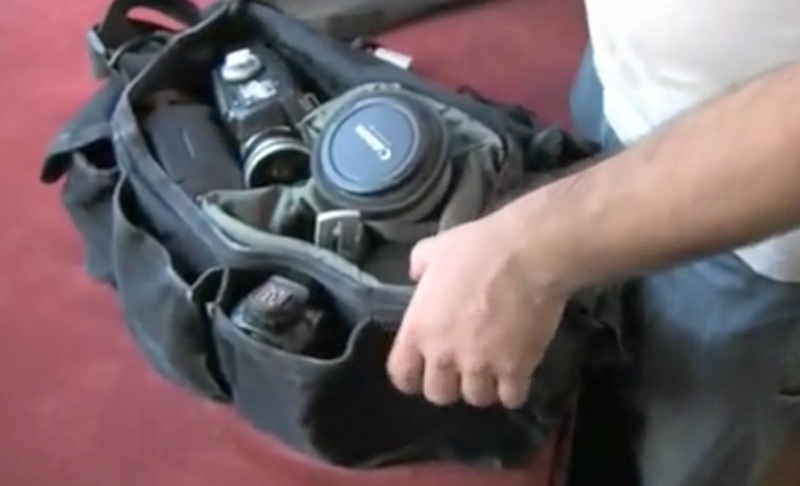 Paparazzis aren’t the most celebrated individuals in the wide world of photography, but their work is still  interesting and professionally challenging, to say the least. Let’s see what a paparazzo carries in his bag and how he thinks about his gear and his work.

I’ve often come across this video, originally published on PhotoInduced in 2008, but it cropped up on PetaPixel only yesterday. I haven’t mentioned paparazzis in a long time so here goes.

Even I have been known to “chase” international celebrities around town. They’re usually here in Budapest to shoot movies in a cheap location,  and are often joined by local and more traditional paparazzi visiting our country to try to catch a glimpse of the world-famous stars. Of course in Hungary the job of the paparazzo is a little different than in the rest of the world. As I’ve mentioned before on the blog, our paparazzi are not that specialised or experienced in this branch of the trade, but some of the big guys’ tricks of the trade might come in handy in practice.

Let’s see what Henry Flores has in his bag. The manufacturers logo is visible on the picture and in the video but in practice it doesn’t matter whether you choose Canon or Nikon. Most of the equipment is more or less the same for every other photographer. A wide angle zoom and a telephoto zoom, a flash for poor lighting conditions and a battery pack for the flash to have a better flash cycle and more flashes ready when he needs it.
A handycam is a less everyday tool for most photographers but it is essential in the paparazzo’s world. He says it’s mostly used in “gang bang”, a situation when lots of paparazzi fight for the pictures, not a pleasant situation, but one he says is inescapable in this business.

The studenty or courier bag complete with super-telephoto lens hidden in it is a less predictable accessory, and not a bad idea either. Although the people I know who carry their gear in such a bag do so to disguise and hide it from the eyes of thieves rather than camera shy celebrities. The gas spray can come handy in a similar way. His argument seems reasonable: “Some superfans don’t really understand the relationship the stars and the paparazzi have, and especially when they are drunk you may need it to protect yourself”. Gas spray or an army knife may be useful in certain tight spots but the workaday photographer might run into problems with this type of kit. Can you imagine trying to get through security to enter Parliament for a plenary session or a diplomacy meeting.

What often even photographers tend to forget

The Beast on a Vatican assignment

Sharks in my Viewfinder