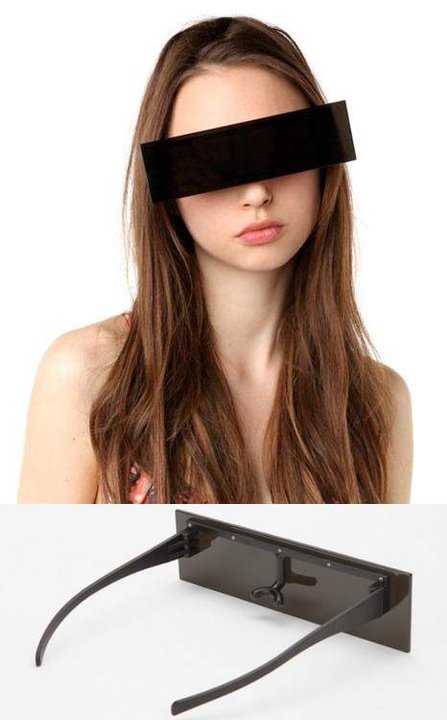 How about this for a practical accessory to protect your personal rights. Protests and political gatherings are becoming common again in Hungary and attendees might be interested if they don’t want to appear in the media. At protests and other public events however it could be problematic as law forbids to hide your face. But it definitely should be a mandatory part of the Hungarian police uniform.

These are the incognito sunglasses: a black rectangular pair of sunglasses that hide the eyes in much the same way as news editors do with people who wish to remain anonymous.

It has been shared many times already on Facebook but I thought I would write about it on the blog, particularly as it can now be bought in Hungary too for only 2,000 forints (about $9). The seller is pitching it at the party people market but I think it could be useful elsewhere in everyday life as well. Via Laughing Squid a few years ago PetaPixel also wrote about it.

It is a recurring problem that taking photographs of people without their permission can lead to disputes and often legal actions if or when such photos are published. This clever accessory helps to solve these situations and make it clear if you don’t want to be photographed. I doubt the inventors  got the idea from Hungarian newscasts but it is a fact that faces of policemen need to be covered in Hungary. Hungarian news site Delmagyar has an article which gently ridiculed the requirement with a famous illustration – well police dogs are also officers after all….so why should they not be given a nice new pair of  sunglasses too!

Photo covered on the billboard exhibition