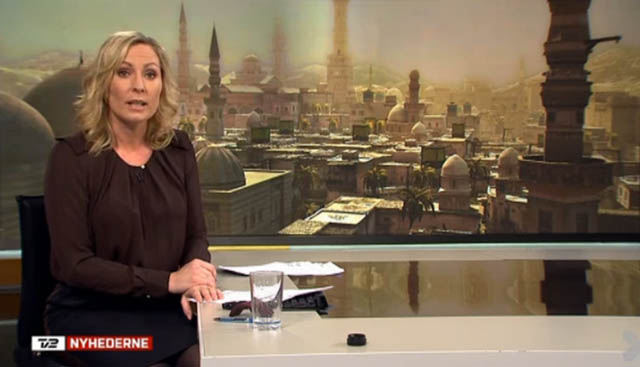 A Danish news TV programme recently used a screenshot from a computer game as a Syrian backdrop for their report on the conflict. The rather embarrassing mistake forced the TV2 broadcaster to issue an  apology afterwards.

Huffington Post and the Daily Mail reported that it is not the first time TV crews have made make mistakes like this with material found on the web. This Danish incident involved an image  “found” on the web. The programme’s producer said the case was an important reminder to check  sources of images –  I think it should also be a reminder for news manufacturers to stop stealing from the Internet. It is related to the permanent problem of giving credit which most organisations also regularly forget even though they too are bound by copyright laws.

You can watch the Danish newscast here:

Daylight saving is back again

Not all photo edits are unethical

How Bralzilian woman got on Budapest posters?