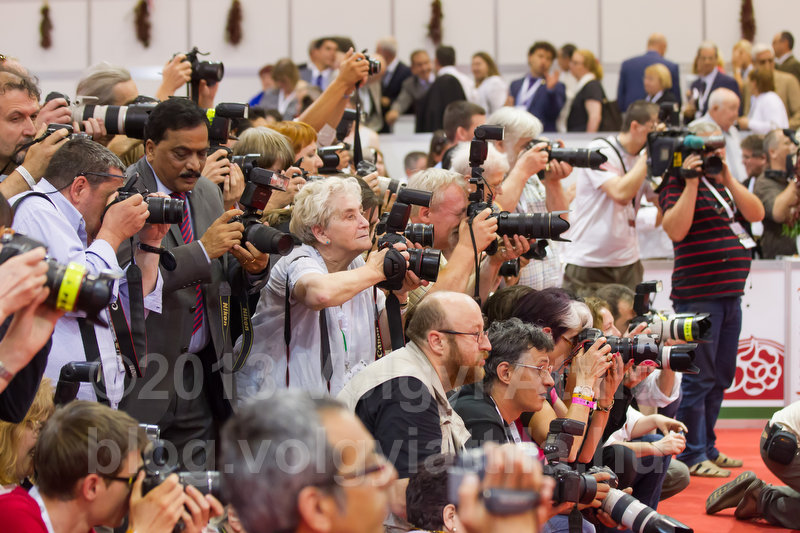 There were almost as many photographers trying to snap the winning dogs at yesterday’s World Dog Show as there were at the Olympics or in Formula 1, and far more than at the kayak-canoe world cup a week ago. 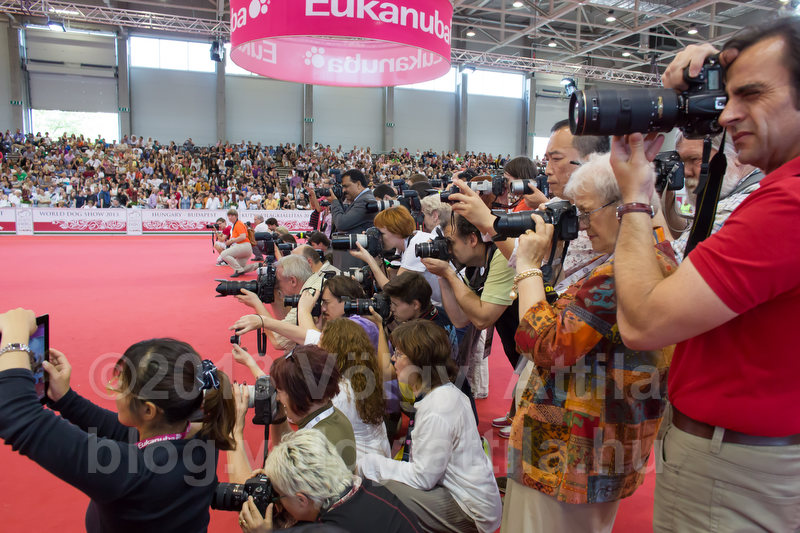 Most of them were taking pictures for different doggy related media, sponsors, breeders and other entities involved in the dog business, like the ones participating in the competition.
While there was also an army of mobile and iPad photographers – with press passes of course – what I found surprising was that some of them had better equipment than the Hungarian and international  news agencies who turned up.Many would not believe how serious an industry there is built around the fluffy and happily barking dogs, and that also goes for the photography element.
Given my last post perhaps I should have recorded these scenes in audio or video as well as photo as the scrum of photographers produced quite a cacophony of camera shutter sounds!

Three photographers sitting in a bathtub

Photographers steal from each other