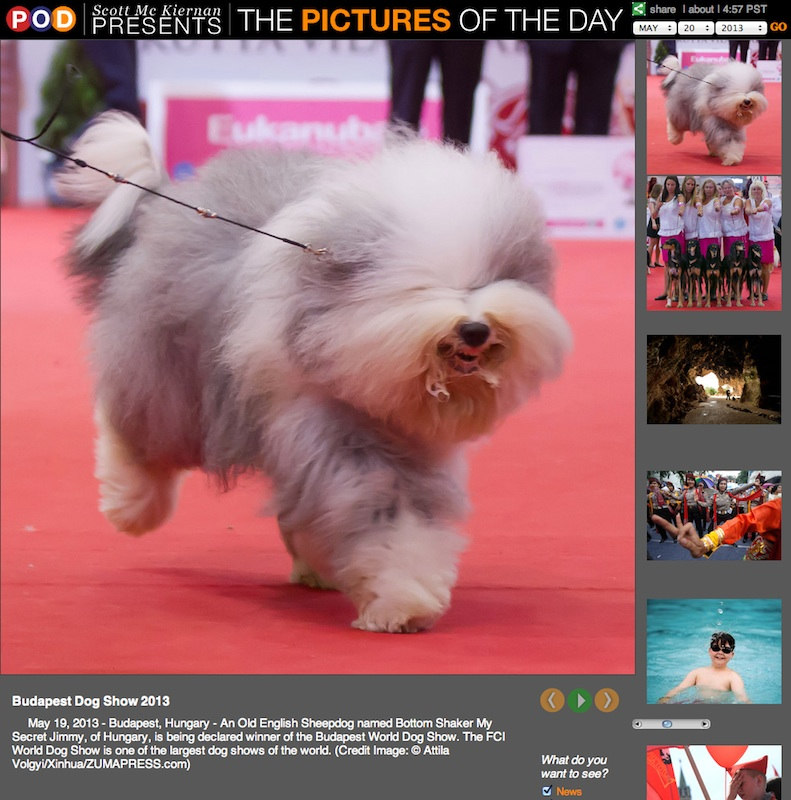 I don’t like to praise my photos but forgive me for making an exception today. This morning I woke up to discover that my photo was choosen as THE Picture of the Day. Or Best in Show to use an analogy from the subject matter..

The Pictures of the Day website chooses winners from the daily output of different agencies, and today’s opening image was my picture of officially the world’s most beautiful dog, Jimmy the bobtail. (The photo went through a series of news agencies this time as well as last time when I wrote about being featured in Stern.) By the time I published this post the picture is no longer top photo in as newer photos are taken worldwide but I’m nonetheless proud to have had two pics selected from the World Dog Show. 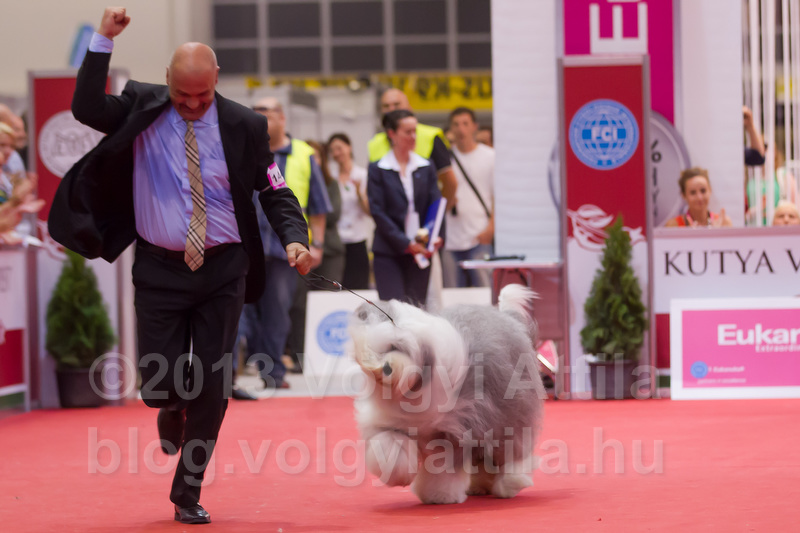 It was worth a jostle
A little about the backstory of the pic. Among the many photographers at the dog show frictions and  jostlings were not uncommon. Everyone, including us agency and daily news photographers, wants to take photos by their own requirements and  set of guidelines.

When the announcement was made of the Best in Show winner Jimmy (officially registered as Bottom Shaker My Secret)  I decided to fight my way into the rink to get good positioning. A locally-based photographer then told me that it is not worth it as in a minute we all will get in  (to snap the winner posed next to its trophy). For me though all the photographers huddled around me would snap from almost the same position and in the same way so I decided to try instead for the celebration of the dog and owner when they enter the rink immediately after the announcement. I told my well-meaning colleague I’d meet him inside the rink later and continued to fight through the crowd to get the place I wanted.

It seems the editors who selected the picture of the day in the US shared my opinion….as did the other photographers with me inside the rink rather than outside waiting for a protocol shot.

Worth noting: The expression in the title might require a bit of explanation. It may happen someone thinks another dog is more beautiful than Jimmy. But to win Best in Show at the World Dog Show means in 2013 he is officially the most beautiful dog in the world. And now he has it in writing!

I got a doublespread photo in Stern Magazine