It is hard to imagine how strong structures can be made from the everyday strings  of pasta we eat for dinner. Yet Hungarian students every year spend long hours but rather days building spaghetti bridges only to have them broken (or blown) into pieces for the sake of the Reccs (meaning ‘crack’ in Hungarian) competition  – no wonder some of them can’t bear to watch it. 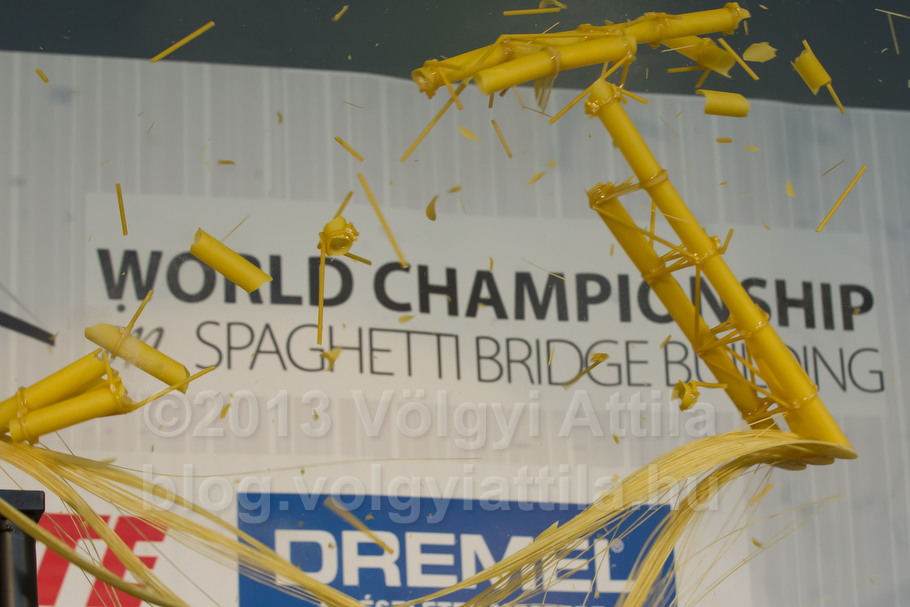 I had planned for a long time to go to a spaghetti bridge competition so with a bit of luck it turned out my first competition would be the world championships and where, lo and behold, a world record was broken as well as the spaghetti. While some aspects of the organisation side have some room for improvement — for example the event website still doesn’t show the results — it’s a good event.

Someone said in passing that organisers abroad don’t like to have Hungarians in their competitions as nobody stands a chance against them. The secret of their success seems quite simple though: they select carefully the pieces of pasta they use, sorting out all the imperfect pieces, then they cut them into proper pieces, check again if they suffered any damage and only after all that is done do they start meticulously building. The winning construction wasn’t touched by bare hand. With a rich knowledge of physics and statics and with careful planning Miklos Vincze and Csaba Jaro wore rubber gloves as a precaution while they set up their bridge on the testing machine. In a previous competition their bridges were ruined before they were even tested. Someone opened a window in the room which changed both the humidity and room temperature and had a brutal effect on the sensiitive spaghetti bridges. Hungarian news site Index.hu has a video of the competition (linked below) with some slow motion footage. In the video, one of the winners tells of a bridge of theirs that got so wet it had to be rebuilt from scratch just three days before the competition. The spaghetti bridge they called Hoverla 5 finally collapsed under 570,3 kg. What makes this contest really interesting is that there a point. It requires the precision of an engineer, and knowledge that comes in handy for the participants during their studies and later careers as well. It is a special form of academic competition in other words. Another achievement of the contestants is their ability to estimate with great accuracy — in some cases around 10% — what weight their construction can bear.

After this long intro let’s see the finalists. Photos and video (in Hungarian only) below.

Update: Free news service of the Hungarian State News Agency MTI published a news item on 27th May about the competition that says: “The competition that took place on 24th May had entries from Bulgaria, Latvia, Portugal, Romania, Serbia, Germany and Hungary.” 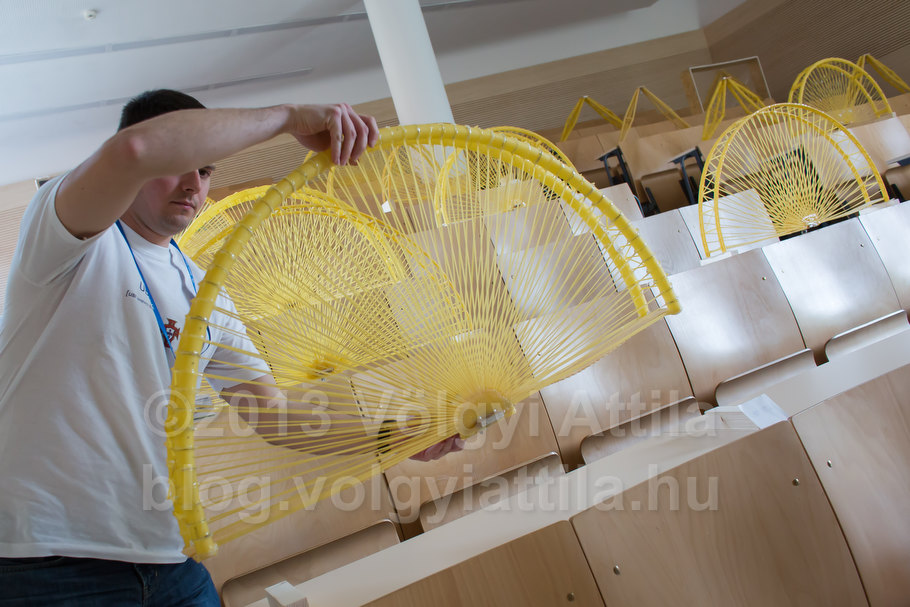 Storing them with care – Photo by Attila Volgyi / blog.volgyiattila.hu 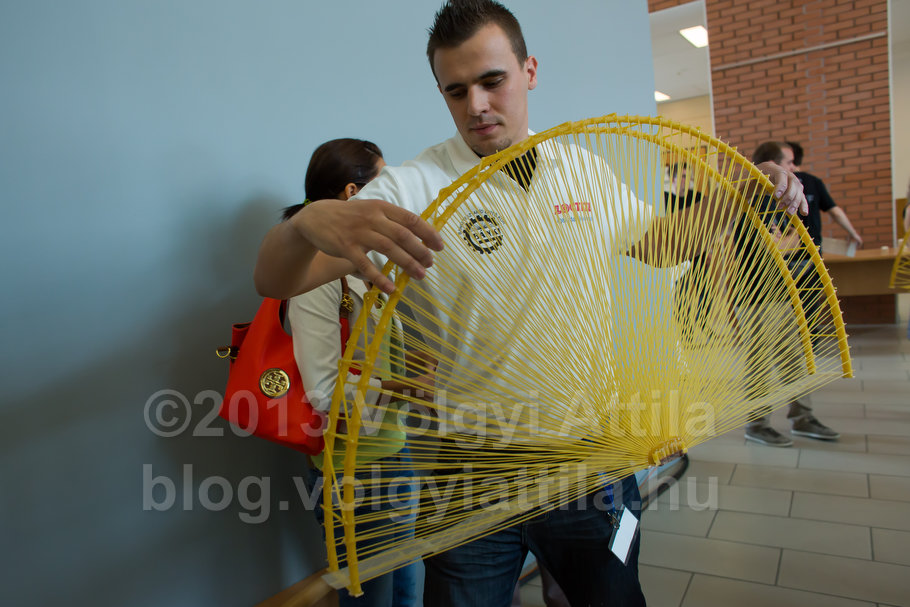 Moving them with even more care – Photo by Attila Volgyi / blog.volgyiattila.hu 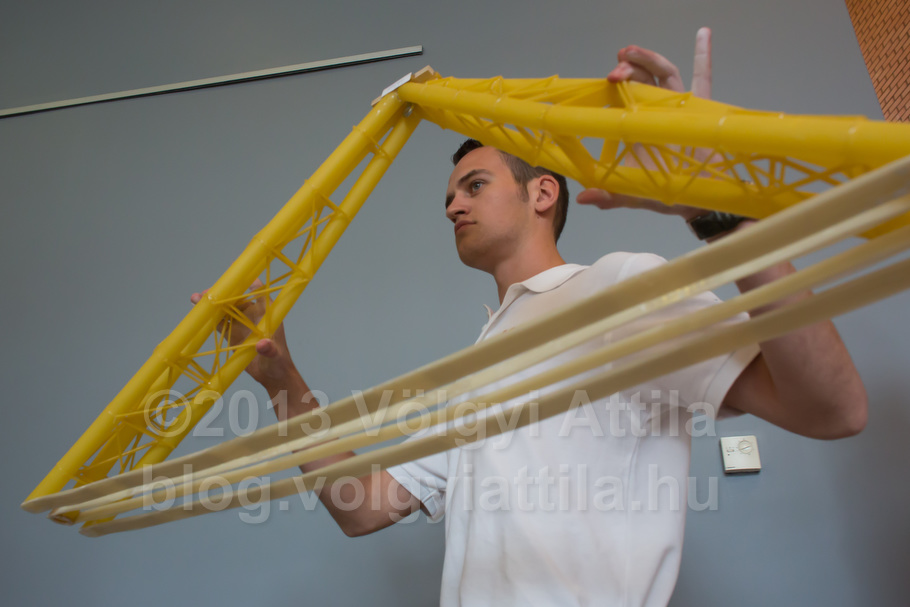 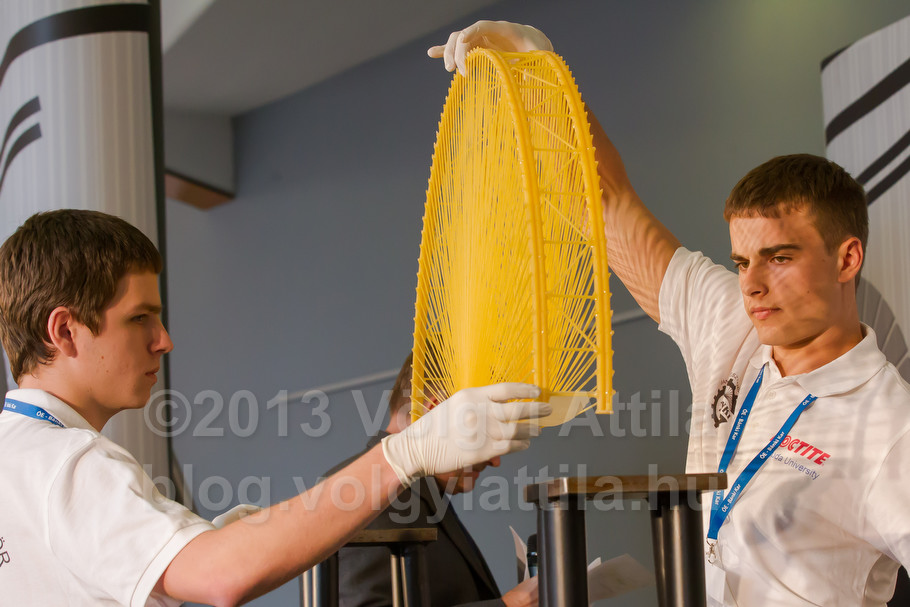 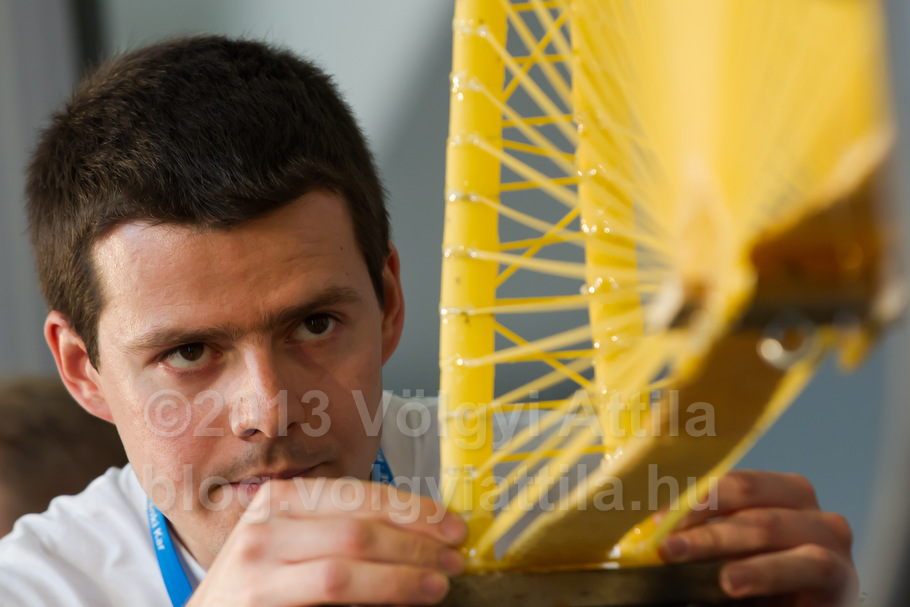 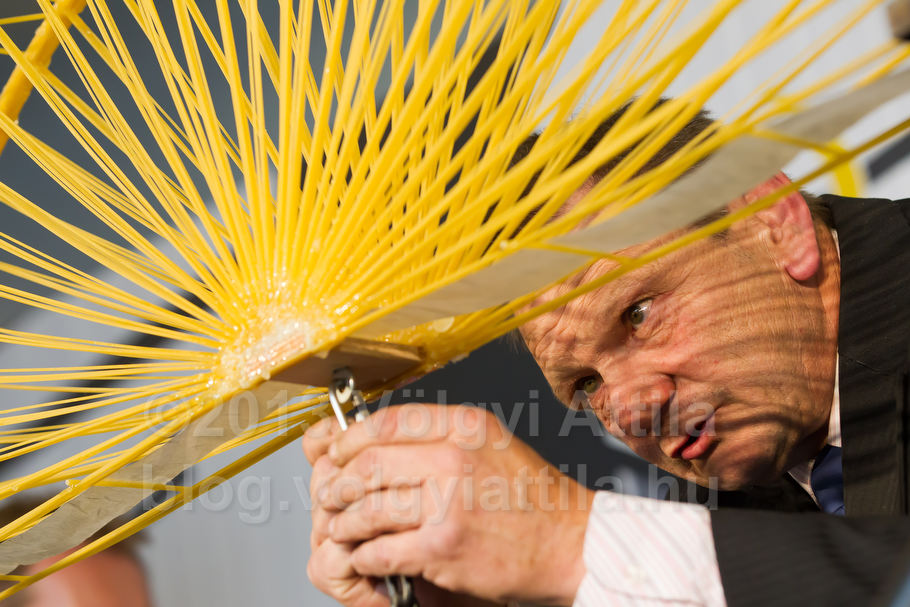 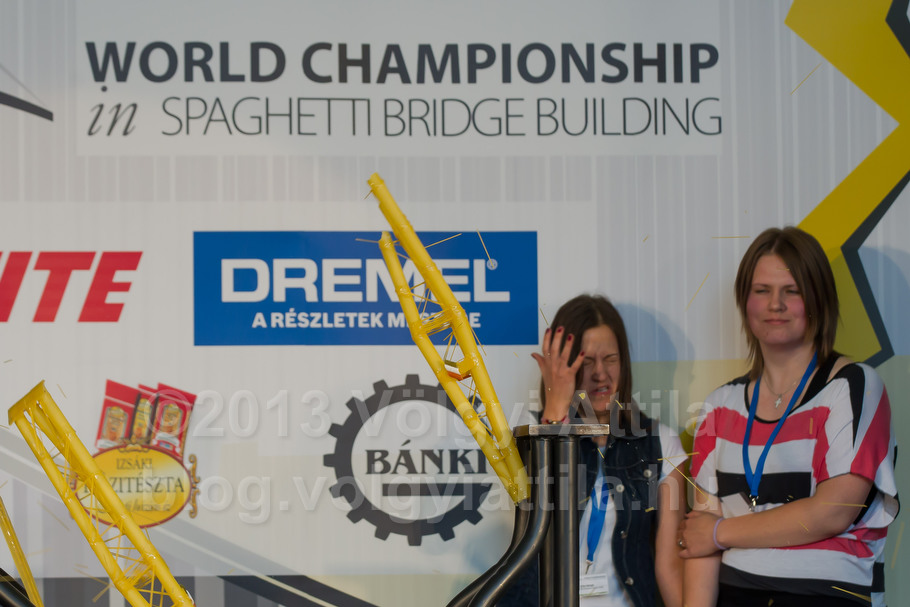 And it breaks – Photo by Attila Volgyi / blog.volgyiattila.hu 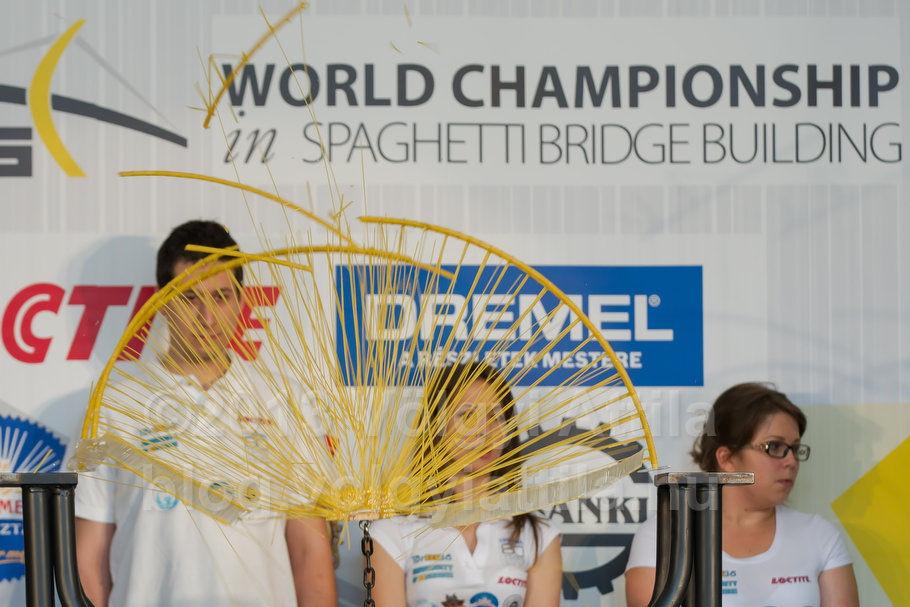 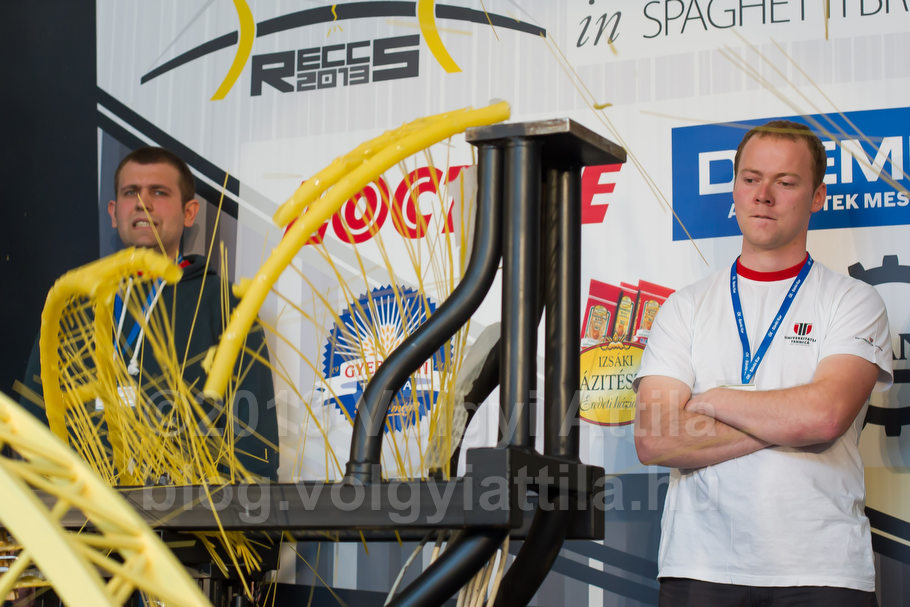 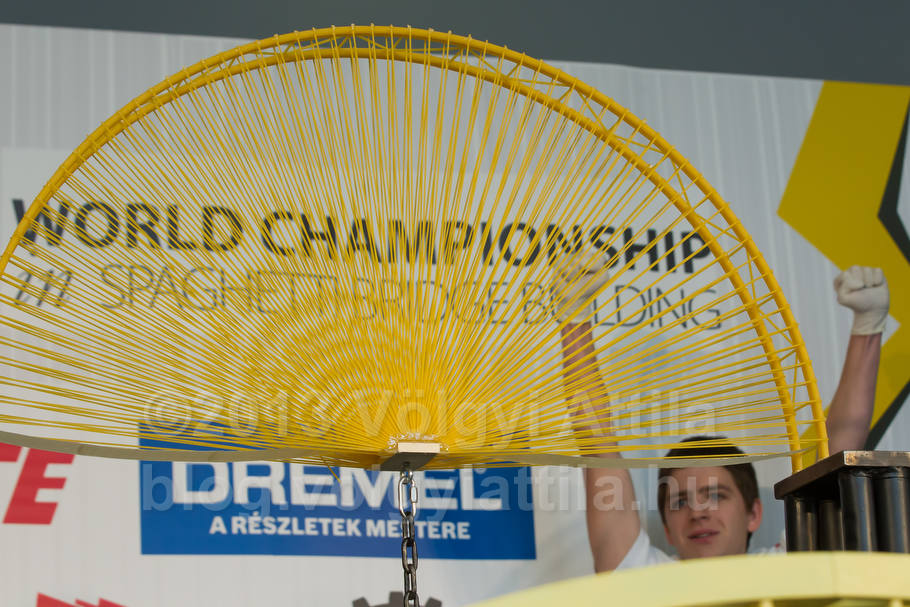 Until it holds: 570,3 kg is the new world record – Photo Attila Volgyi / blog.volgyiattila.hu

Earth Hour around the world