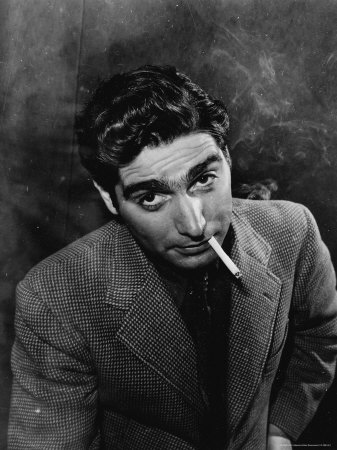 He smokes on most photos
Photo by Alfred Eisenstaedt/Life

On the hundredth anniversary of his birth the only voice recording of Robert Capa was found. It is just as interesting how he speaks as what he speaks about. He talks about his book and it’s critics, the making of the legendary death of the loyalist soldier photo, works on the Russian journal and the myth he managed to build up around himself.

How does Capa’s speech sound?
His biographer Richard Whelan writes in the official biography The Life And Times Of Robert Capa he spoke seven languages and he spoke all of them poorly: “He was also in danger of being deported to his native Hungary, a country that he memorialised in accent, a musical deformation of speech in all languages, which was dubbed “Capanese” by his friends.” This newly found recording makes it possible to hear his accent at once what was never heard even by the biographer Whelan before as he worked from notes and other documents – and he won’t be able to ever hear them as he died well before the recording was found. 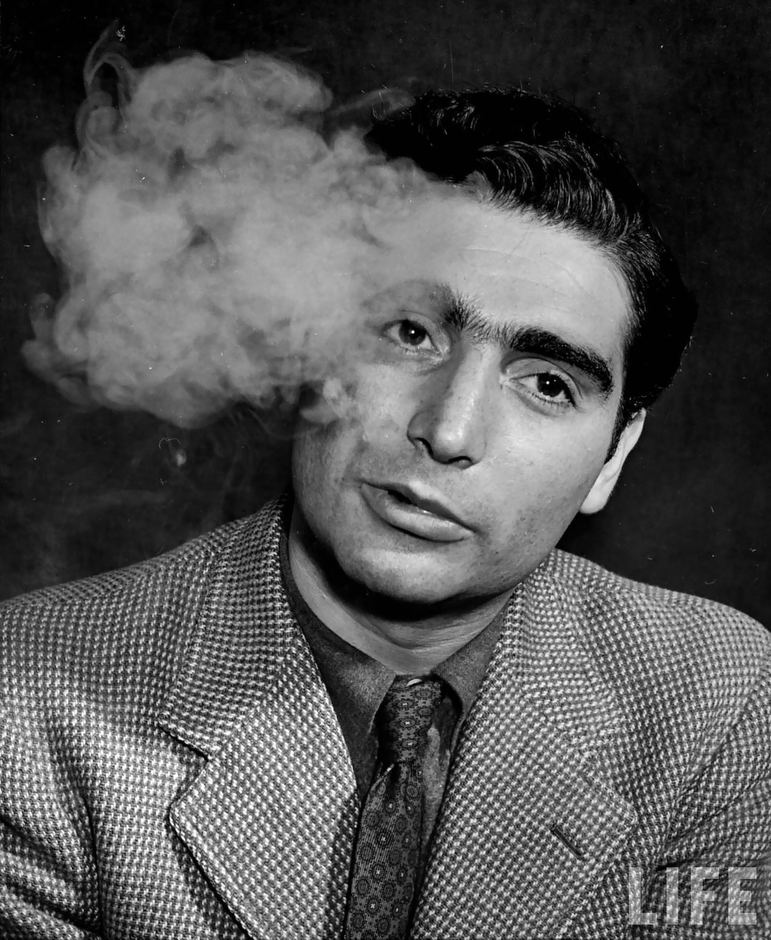 The radio interview starts with the host telling Capa he won’t be able to talk with a cigarette in his mouth.
Photo by Alfred Eisenstaedt/Life

Until now we could only guess what Capa may have sounded based on how other Hungarians’ accent sounds and how some mix Hungarian and English often called Hunglish. The recording however now allows us to really know for sure how the Budapest born world traveler photojournalist’s English sounded. Maybe this also boosted his charm to conquer the heart of Ingrid Bergman. Now as we hear his voice many say he sounds just like all of the other Hungarians do today.

When was the recording made?
Capa photographed Jinx Falkenburg NBC’s female host. This is how she and her husband met the war veteran to the “Hi! Jinx” radio show. Previously curators had no success finding this recording. They found no trace of it in the radio archive.
Capa appears on some news shots but none of them has a voice and all of his movie roles have the credit “mute arab”.

How this treasure was found?
It was discovered in an eBay auction where someone tried to sell old belongings found in a house on sale. The seller started the auction of the invaluable recording at a starting bid of $0.99. When the seller confirmed it is the recording looked after for a long time ICP curator Brian Wallis made a generous offer of $2000 and bought the recording. It became part of the rest of the Capa legacy at ICP. On the hundredth anniversary they published the 23 minutes long recording and the story behind it. New York Times Lens Blog was among the first ones to write about this special discovery.

However I usually try to transcribe and translate such content, I didn’t have the time for it this time. Thankfully the Mai Manó Ház blog did it (a few years after my post and the publication of the recording) so you can read the interview in Capa’s mother tongue over at their blog.

Update: I’m terribly disappointed in ICP as they removed the direct link used at the 100th anniversary to publish the recording. So the content and all the links pointing to it became the victims of the digital deacay phenomenon I often write about. Luckily New York Times still has the recording on their site so you can still listen to it.