Anti-government protesters build a barricades on the streets during their clashes with riot police in Kiev on february 20. in 2014.
Photo by Laszlo Beliczay/MTI

I have more than one friends in Kiev covering the dedicated fight of the Ukrainian people. Their work is getting more like war photography than general reportage. Photographers as well have a hard time in the civil war like situation.

Many of them is the second time in Kiev this month. Sandor Csudai last time arrived in the middle of the fights as the only Hungarian. By the time other colleagues from our country arrived there tensions settled somewhat. This left them nothing else just to takes pictures of the forming peace.
A few days ago the fire of revolution heated up again and Sandor too returned to the barricades to record the events. This time more of my countrymen got into Kiev in time. Laszlo Beliczay and Andras Foldes managed to capture more eventful pictures these days. Istvan Bielik, Balazs Beli, Andras Hajdu D, Balint Hirling, Arpad Kurucz, Balazs Szabo and Laszlo Vegh has been there too. I hope I didn’t forget to mention anyone and I linked their most important galleries on the list below. If you know any other of their galleries, write it in comment! 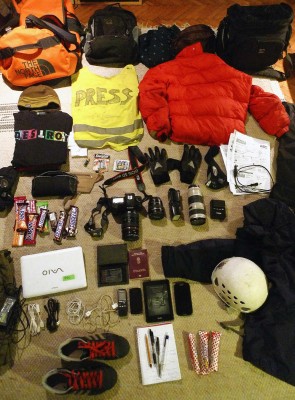 Gear of Andras Foldes (Index) before travel to Kiev

It is worth to check out their images: 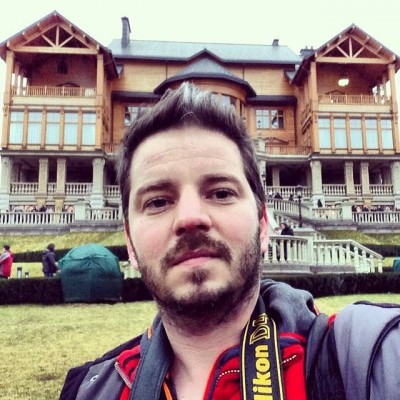