It is daylight saving time again so this is my warning to remind you to adjust the clock in your still camera, video camera, GoPro cameras, DVD recorder, voice recorder and all the other devices too.

Update: Autumn daylight saving (at least in Hungary – this may be different in other countries) is this year on 27th October in 2019. You have to set your clock at 3:00 am to 2:00 am – of course you can do it the evening before or the morning after it. Just don’t procrastinate it too long because you will end up forgetting it totally! And mind all the other devices too!

News websites (CBC News, Quartz, etc.) these times always write about the source and economic benefits/problems of daylight saving or what scientists at the moment think about it. I even met an article suggesting we should simply jump an entire time zone. I always remind my readers to set the clock of their cameras and other devices. This is something many people forget however important in some cases this may be.

Some times I too forget to set my camera clocks. It also caused me some trouble my voice recorder or a video camera clock wasn’t set properly in sync with my DSLR. This usually causes some problem when you need these devices to be in sync or you need the exact time of a recording. 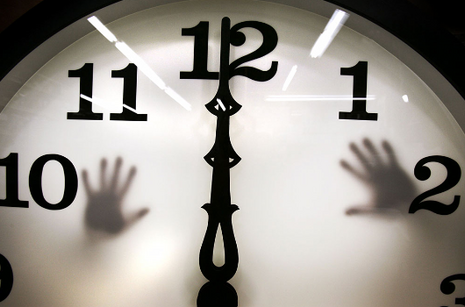 For example when you sync your pictures to GPS locations recorded by an external device. GPS devices usually get the time from the satellites used for finding your location. The camera is however not necessarily set properly so the pictures may end up assigned to a wrong location.

A properly set camera can help you display the images in the right order. Especially when one is using more than one cameras. In such a case your pictures can get scrambled when the times aren’t in sync. But even with a camera or voice recorder used in itself can be helpful with timestamps when you want to find out weeks or months later when something was recorded. It can help find out what time something happened for example because we have a time stamped schedule to identify people on the recording.

Update: Many people say they don’t set the camera clock rather they choose to time-shift it later during post-process. You can do it once or twice if you have to. But I think it is much easier to set the camera clock only once instead of adjusting pictures all the time – not to mention you will forget this correction most of the time just like setting your clock.

How many device clocks did you need to set?

Daylight saving is back again