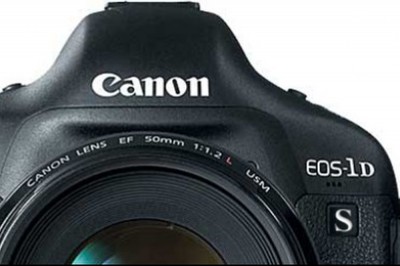 Canon has kept themselves to the previously announced “moderate megapixel war”. Their highest counts stopped between 18-22 megapixel for a while now, while other manufacturers offer 24 megapixels at the entry level and at the top of the line DSLRs offer 36 megapixels, but even some mobile phones offer 41 megapixels.

It crossed my mind at the 5D mark III announcement when officials told Canon doesn’t want to increase resolution: how long can a manufacturer stick to this, if other companies keep up with increasing resolution? Even if Canon is right and there is no need for so large resolutions and they can improve in other aspects – and even if they manage to do it at least as well as their competition does. How long can they convince buyers in front of the shelves not to choose based on the pixel count but rather consider other aspects?

The increasing number of rumors say Canon is up to announce something big soon. It can be a 1D with 46 megapixels, but other rumours mention a multi layer sensor allowing 75+ megapixels.
Some say the new camera will bear either the name 1D Xs or rather 1D S. Formerly the small letter s after 1D marked the difference between pro bodies with a high resolution count model and the lower resolution but much faster body. This tradition ended with 1D X which was the first Canon to combine a full-frame sensor and the 12-14 fps speed. This would make it really strange if they would return to the former path after only one generation without high and low res models. On the other hand however 1D X was followed a video aimed body marked 1D C. Both the old traditions and the new markings make it seem logical to use the designation 1D S for a new high resolution camera.

The meantime Cannon admitted they are considering the demand for a high resolution camera. DPreview interviewed Canon’s Masaya Maeda at Photokina who told:

“We know that many of our customers need more resolution and this is under consideration. In the very near future you can expect us to show something in terms of mirrorless and also a higher resolution sensor.” 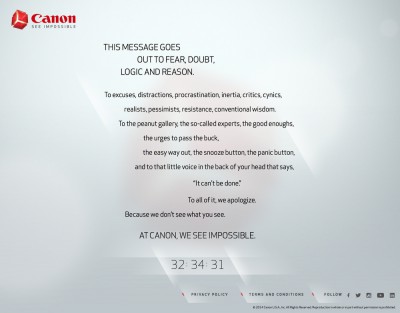 Well informed editors at Canon Rumors wrote just recently they don’t believe in this rumour and they only publish it to avoid it being spread by others. They haven’t received any trustworthy facts since then so they think some development announcement is more likely than any product launch, but more and more sites mention an announcement in october. Just recently Canon USA launched a new subdomain with a countdown. This means we will soon discover more about their plans.

The mean time many photographers complain about the highest pixel count D800 because of the unimaginably large file sizes that affect not only storage space, but download time and computer power to edit as well. It needs large cards, a lot of backup hard drives and a very fast computer as well to be able to work with it, but many say it is slow as hell even with the best gear so it is not worth the effort.
TV workers make the same complaints about the fast spreading 4K video trends. More and more video cameras (especially video enabled still cameras) offer such a resolution, but the screens and the other parts of the television infrastructure aren’t ready for working with so data intensive videos.

What do you think how much resolution increase is needed/possible?

Update: Now that I mentioned 4k video as well, I have to confess the new GoPro Hero4 ad – just like the previous one – is quite convincing (it is worth watching it after selecting a larger resolution).

Since the original post Canon launched a new site with a countdown, so we will soon discover more about the speculations.

This is Canon’s new site: