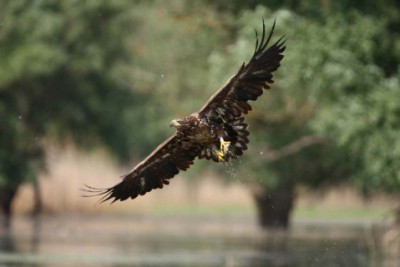 It is a nice Christmas present from the director of popular nature documentary that Wild Hungary – Empire of Waters is made free to watch for everyone.

Available free on the web
The movie could be found on the web in various lenght excerpts and pirate versions as well. Director Zoltan Torok however at the end of this november uploaded the complete 52 minutes long nature movie to YouTube where it has been watched by approximately 16 thousand people. It can also be viewed in HD resolution too. As he told me he will soon upload the movie to Vimeo as well as that system allows a somewhat better quality.

Legal torrent for even better quality
The director had a thought for those keen on quality and unsatisfied with streaming videos just like himself. Instead of the pirate copies – mostly recorded from television – he uploaded an original copy to torrent sites and as the copyright holder he does not just allow its download but he also strongly suggests sharing it with others to get it to the most people possible. 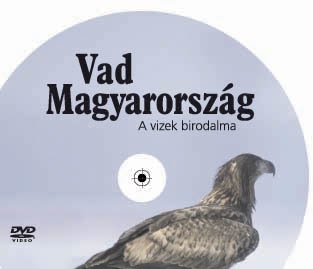 From tax money to everyone
The unusual move of the director is inspired by the fact the movie came to reality partially on support from the Hungarian state and all the costs of the creation came back already. Not only did televisions and cinemas air the movie with great success, but the DVD copies were quickly sold out too. The copyright holder allowed the airing of the movie for free for all those who showed it without any payment from the viewers. There is nothing more to prevent watching it in your home in good quality free of charge.
Those who want to give it as a Christmas present can either make a self made DVD from the torrent version or they can buy it in the shop at the Budapest Zoo – but once these disks will be sold out, there won’t be any supply for them just the free online versions.

Only in Hungarian
Unfortunately the movie can be viewed in Hungarian only, nevertheless I’m sure foreigners would watch it with great joy too. Text of the english version however is completely different from the original. Not only the text is different, but the narrator speaks at different parts of the movie and he also speaks about different things as foreigners may need more contextual information about things most Hungarians know about our country. Sadly this makes it impossible to use the original English text as a subtitle for the movie that could be easily added to the YouTube version. Copyrights of the English version are also handled by a different company so it cannot be uploaded to the web the same way as the Hungarian was. But the movie has really nice scenes and it is worth watching even for non Hungarian speakers as well.