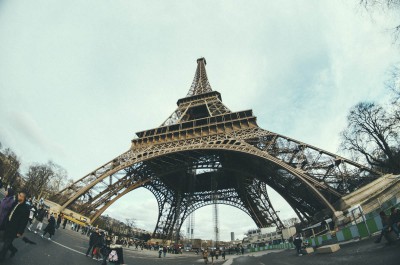 Maybe I should’t need to be mentioned, yet it needs as more and more people are unexplainably devoted to use a fisheye lens. This can be seen not only in the images of GoPro and other action cameras (where it almost cannot be avoided) or the use of snap on lenses, but in everyday photo stories line up a growing number of fisheye shots – often without any reason. 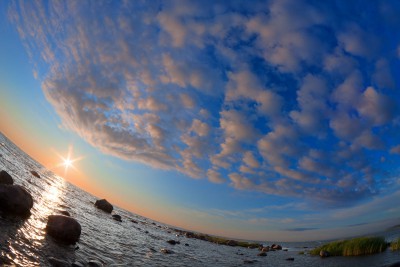 Fisheye lenses have a very special distortion of the view that is unusual and maybe even funny for the human eye. At first it can be amusing or even funny, but as I heard many people say it, on the second time rather leave the fisheye at home and take pictures with a less extreme focal length (and field of view) lens instead. There are even people who tell it is not worth to buy a fisheye lens. Considering how rare it can be used for any good, you can simply lend it from someone else – of course for this you still need someone who owns it to be able to lend it. Anyway it is sure a fisheye lens is not the most important pieces of a photo gear. In cases when you really need to use it (for example very tight interiors) it is worth to use some sort of software distortion correction in post processing – however this arises some questions on photojournalism ethics, just like using HDR does. 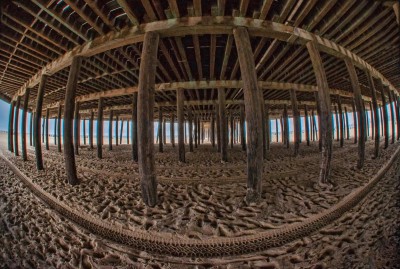 It is not coincidental that the editorial guidelines of National Geographic also sayfisheye lenses are “OK, but enter at your own risk – editors tend to dislike such optical gimmicks.“ These ultra-wide angle leses can take very special and powerful images from time to time, but in most cases their appearance is more disturbing than desired. Especially when someone uses them too much. This is why I think in a series of images there can be no more than one or two fisheye pictures. Any more than this can very rarely look good among a set of images. 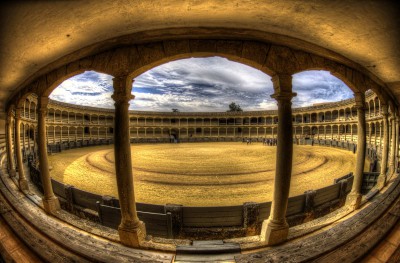 My friend and colleague David Kecskemeti used to tell “Fisheye (and some other photographic methods) are like a nuclear weapon: it can be very effective, but you have to consider it very wisely when to explode it.” John Freeman writes in his book The Complete Guide to Taking Great Photographs (pages 196-197. quote translated back to English from the Hungarian version – the only one I have access to):

“We use this type of lens the best, when the image looks like in the end if we wouldn’t have used the fisheye to take it. To achieve this you have to choose your point of view and image cropping very carefully.”

Mostly the fisheye effect is not disturbing when in a picture when there are no (or only a few) straight lines distorted into curves, but the subject consists already curves so their increased warp is not that unnatural, maybe it can even make the photo more exciting. Generally the fisheye distortion does not make an image look good. Just like with other tools it is important here too to use your tool consciously and make harmony with the other elements and composition of the image to drive the viewers’ eye where you want it to go and emphasise what you want. Otherwise it turnes into pointless and lurid.

Wrong example
The Internet is full of examples how not to use of the fisheye lens as many people ruse it excessively. I don’t event try to look up counterexamples to illustrate how not to do it. Few years ago I had a newly introduced fisheye at the Formula 1 Hungarian Grand Prix. I played with it for a while and I quickly took distorted photos  of literally everything at Hungaroring. Just because it seemed to be a good idea then. I took some strange pictures, but I knew better than to publish them because they were more arty than valuable. Especially watching them together in one single gallery would make them only a bad example. 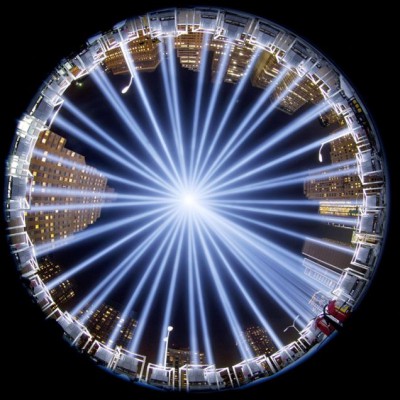 Good example
For positive examples I would mention a panoramic shot of Handras taken at Heroes Square in Budapest, Hungary. Another nice picture is taken by AP photographer Mark Lennihan at the Ground Zero memorial on the 12th anniversary of the 9/11 terror attacks. It is common in the two pictures they both used a circular fish eye resulting a mandala like image and to show the area in a way one could never see without a fisheye. This can add meaning to use the fisheye for a shot. We regularly use fisheye in the Hungarian Parliament, whether one takes photos from the chandellier or just from the upper balcony. In this case the horseshoe shaped benches in the rounded room look great with a fisheye. A well used fisheye can look as good attached to attached to the bottom of the pool, put in the place of a light bulb or even looking out of a washing machine. 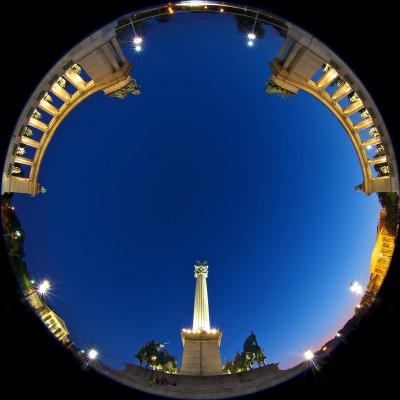 No ultimate truth
Of course who am I to dictate if someone’s image is any good or not? Just like in most creative fields it is hard to make an unbiased judgement and tell something can only be good this way and not in any other way. These are always unique and decisions based on a specific situation. All written above can only be a guideline to follow – or not. I think it is not an overstatement to tell if someone asks if a fisheye picture is good or not, then it is almost sure the answer is no. When your want to show something as real as it is in its natural entirety then it is almost sure the fisheye won’t be a good tool to do this.

Updatae: Since the post was published, Tamas Rizsavi made a new video. This recording is interesting not only because of what many news websites wrote about it: presenting parts of  the dome of the Hungarian Parliament building seen rarely and by only a few. However it also illustrates it very well why it is not worth to overuse the fisheye lens on video either.

A ridiculous article about a big lens

Photographers steal from each other