Photojournalist Robert Hegedus working for Hungarian daily newspaper  Magyar Hírlap agrees my views published before not to overuse a fisheye. We agreed on this before the race started at last weekends Formula-1 grand prix. He had a fisheye with him (just like me, but I had no time to use it). He too wanted to take only one picture with the special optics – what he did in deed in the end.

However once he had both the camera and lens at arm’s reach in the end he took a fisheye selfie of himself among the other photographers standing on the photographers’ tower at the first corner of Hungaroring. As we had to wait a lot for the race to start, he really had the time to do it… 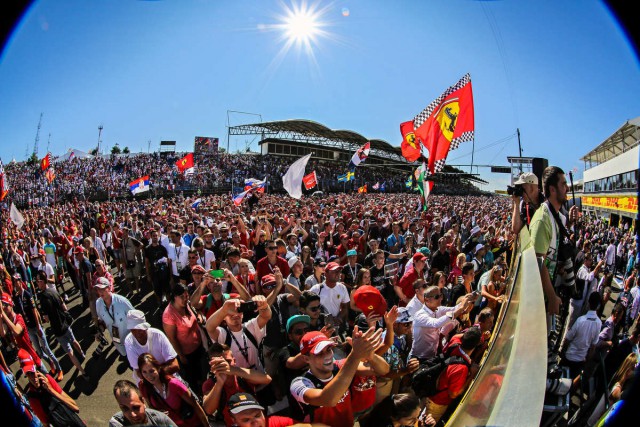