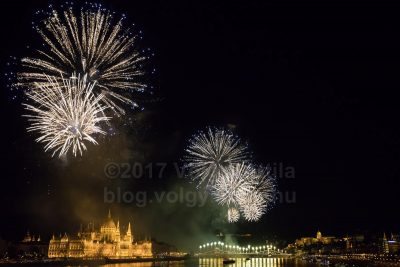 I started my Hungarian blog a decade ago out of experiment. Ten years passed since then and a lot of things have changed on my blog and in the world too. I even wrote about quite some of these changes on my blog. Even the existence of this english version of the blog was part of these changes. I have quite a international friends and colleagues and it came up from time to time to provide them the contents of my blog in a better translation than Google Tranlsation can serve them. I work hard on the translation of my older posts into English and to post new ones in English too if possible. Unfortunately I don’t have unnlimited time to be able to do everything I want. I keep doing my best I can. 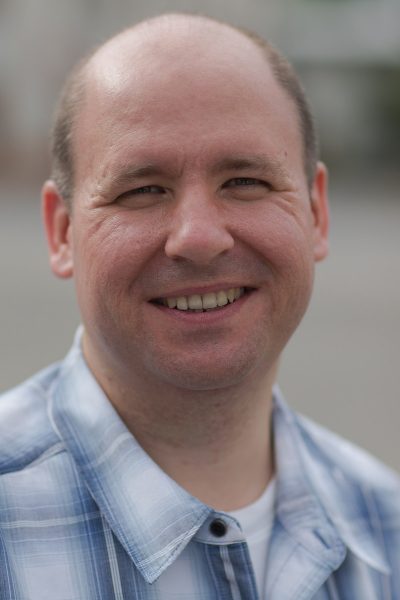 Who writes this blog?
It seems to be obvious, but this question arises from time to time so maybe I should include answer to this as well. I write this blog myself alone. I earn my living from photojournalism, this blog is only a free time activity for me. About my work you find out more on the About me section of my website and I posted some of my photos on the blog as well those can be found under My photos and you find some more personal posts on the blog under tag Personal.
My blog posts are based on completely my own ideas, experiences and pictures some times, but it also happens I write them inspired by other blogs, news, photos, movies and events.
It is also important to say thank you for all those who help my work with tips, advices, ideas, opinions or any other ways. Many of my friends, colleagues and readers regularly send me links, ideas, suggestions. There are some of them who regularly send me typos and other similar mistakes to help me correct them. I find thiese things also important, but my resources are very limited and I usually don’t have the time for spell checking.

Some times I post translationst of others’ writings – most of those are translated from English into Hungarian, published on my Hungarian blog, but some times I also translate from Hungarian to English to make some Hungarian thoughts accessible for my English speaking readers. In genral my blog is written in Hungarian my native language and I translate the articles into Enlgish later. Some minority of the posts however was written in English originally and I translated it into Hungarian later. Ufortunately a great portion of my posts is still only available in Hungarian on my Hungarian blog. I have very limited time for translation and it is a huge task to go through and translate everything I wrote so far. This post is mostly about my Hungarian blog. This is my older blog and it has the much bigger audience. I tried to include som of the statistics of this English version as well, but mostly I write about the Hungarian one. 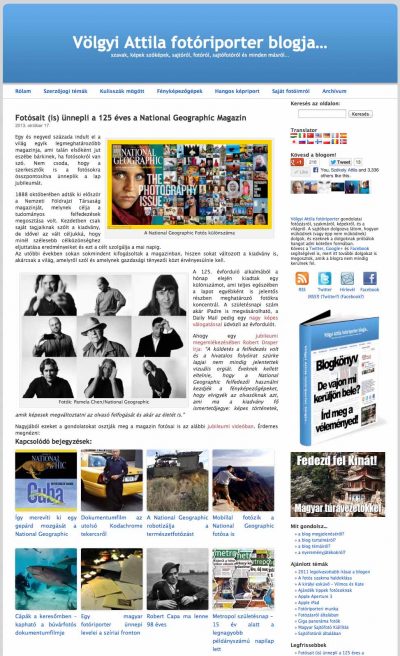 Beginnings
When I first started blogging I had no idea what I really want to do with it and how to do it. At first I just experimented with the technology. Then adter I got used to the main things I started to think about what to use it for.

I was looking for the answer to what is a blog good for and what I can do with it. Adter a while I started to know what I want to write about and it seems there is interest for it too as it aeems you all like to read what I write. Since then I gathered some experience and I hace now much more ideas than I have the time and energy to do.

Results
The main result of the blog is many of you like and talk about it, share with each other and suggest it to others as an important professional source. Fame comes with people recignising me at events. This is a heart warming feeling but it is also a strange thing I have a hard time to handle well. I’m still not used to be greeted by people who know me but I don’t know them. Thankfully I had no bad experiences out of it – not counting one threattening phone call. Of course a lot of colleagues start our conversations with the request “don’t publish what I’m gonna tell you!” and I of course don’t write those things they tell me privately.

Just like I don’t enter mostly any photography contests I also don’t enter my blog into any contests either. The only one I ever entered is the long time not existent Goldenblog awards in Hungary. Between 2011-2013 the blog always placed among the top echelons of the contest. During different years it has entered in photoblogs category, professional category and business category too. Both the jury and the public voting placed it mostly among the best ones.
Once I even won a special prize and an offer to publish it in a book format. This however didn’t happen since then mostly out of my lack of time. I will write about this later in greater detail – and who knows I might even publish that book one day.

Numbers
I don’t like to live bedazzled by numbers and I don’t even consider them to be that important. But in such a periodic oversight numbers are as hard to avoid as hard it is not to have too much numbers in it. Once I have such a nice period of ten years I should write something about the numbers too. During the ten years I wrote 2300 posts onto my Hungarian blog. These contain 860 thousand words all together that would need roughly 1700 A4 size pages to print. It would make a quite a thick book. Out of these 2300 Hungarian posts until now only 11%, precisely 253 articles has been translated into English. To add something to this statistics these translated posts contain 91 thousand words.

Partially this is why I could not yet write the proposed blog book. Just to read through and edit into a book this large sum of articles is almost as hard a work than writing a book completely anew from the ground up. I could not include such a task in my life just like I had a hard time to continue the blog. I never completely dropped the idea of publishing the book. It is not impossible it will hit the shelves one day. But it is sure not to happen just now.

It is very hard to accurately count the time I spent with my blog. Writing one of the articles usually takes from 1-2 hours  to 3-4 hours, but this particular article lasted more than this and I have much more time consuming posts as well. Some times this only includes the time spent with writing the text, editing, selecting and posting of pictures. Some times it also includes the time spent on looking up various details, detailed researching some times even asking experts, getting officials to reply or getting confirmations, permissions. I have some posts that took 5-8 hours to write and some spent years in my virtual file cabinet to wait all the details come together and finally get published – not to mention those that are still waiting for publication and those that have been published in Hungarian, but I never had the time to translate them. By the way translating an already well written and published post usually takes me an hour or two, some times somewhat less.

In total I’ve spent roughly 1000 hours with my blog that is approximately 40 full days. In my less active periods this meant about 30-60 hours (1-20 days) a year. In my more productive periods this reached 200-500 hours (8-20 days) a year. Of course I didn’t measure all time I spent with my blog with a stopwatch (it was a great help in these estimates that some of the software tools I use measure time as well so I needed only to make some queries). These numbers are only estimates – but they are quite close to reality.

Statistics say during this ten years more than 1.25 million people read my blog (whatever this means in Google statistics). Record number of visitors was 45 thousand readers in a month. Mostly during my more active period in 2010-2016 even 20-30 posts appeared on the blog. During these times usually visitor number was ranging betwen 15-20 thousand, but some times it surpassed the 25-30 thousand level too.
After 2016 I spent less and less time with the blog and in 2017 I barely published anything. During the entire year I only managed to publish nine articles. This of course affected the number of visitors as well, however their number didn’t decrease as much as my inactivity would suggest. The Facebook page of my Hungarian blog has 4474 likes. Their number usually increases rather than decrease. The English blog has it’s own separate Facebook page that has not so much likes. If you like the blog you should like it, but as I wrote most of the new posts are coming on the Hungarian version. How good and impressive these numbers are it is a matter of opinion. Since I am in no contest with anyone it there is no point in comparing any of them to anything else. 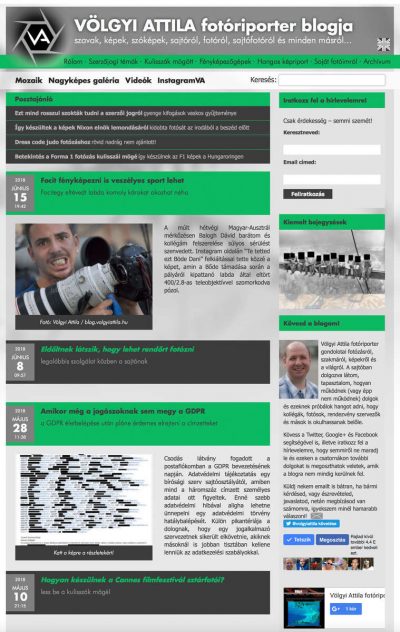 I had some posts about how blogs tend to end up and I have confessed that I myself don’t know how I shall continue the blog. I like to write, I like to do it and I am full of ideas to write. You readers of the blog seem to enjoy to read what I write. Feedbacks are always very positive from both amateur photographers and professional colleagues. The greatest acknowledgement for me is when colleagues tell me not to stop doing it whom I wouldn’t expect such a reaction knowing their style and our relationship would suggest rather the opposite.

As the numbers above show writing such a blog – especially on the level and way I prefer to do it (and how some times I have maybe managed to do in the past) – it is very time and energy consumbing. I would not want to stop doing it. However it is very hard to continue. A way in between the two extremes is very hard to find. So just like as I started doing it I don’t know it myself how to continue. Now I have much more experience behind me to know it better how much I don’t know yet. I still look for the solutions and opportunities so there will be something coming – just I don’t know what it will be.

This is why I ask you to fill my form and tell me your opinion about my blog!

10 reasons why NOT to write a blog