500px informed it’sown users, but PetaPixel and The Register wrote about the data theft in which sixteen web services were hacked and about 620 million users’ data was stolen. Among these sites there was the popular photo sharing site 500px as well. The hackers got 14.5 million users’ personal information. The large scale data hacking was revealed after the 10 GB worth of data was published as available for buyers on the Dark Web. This should alert you to reset your passwords and turn on two factor authentication if you don’t use it already! (Click the link for valuable tips for effective passwords!) 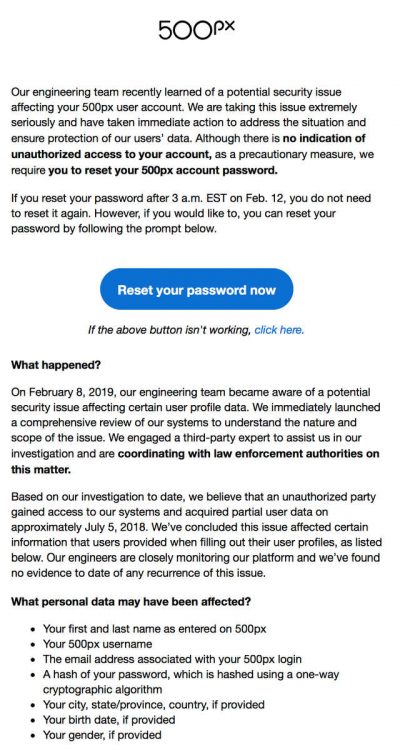 This news is a month old and the affected sites too warned their users to change passwords. I write about it to remind you how important it is to use your passwords right. Nowadays every data can be accessed through some sort of website or cloud service. Even more than that in the form of photos, emails and other documents also a lot of other people’s data depends on the security of our passwords.
If you use the same passwords everywhere than the hacker getting the data on one site can easily hack into all of the other services that use the same logins. This way they can cause serious harm to someone. It is possible your password was only hacked at a fitness site or a photo sharing site. But if you use the same logins for your social networks where your more valuable data is stored like bankcard or even bank account details, it can cause serious harm. 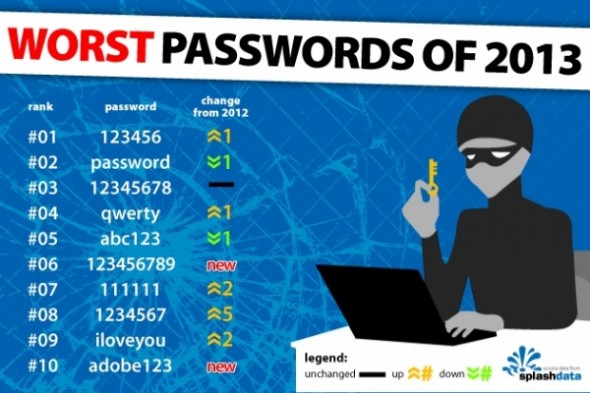 In a former writing of mine I already wrote quite well detailed how and why you should take care for your password security. You should definitely read my article about it and as I wrote you should change your passwords regularly – whenever you changed it the last time it is worth changing it now and turn on two factor authentication!

The hacker speaks
The Register’s article quotes the hacker who sells all this massive database. He tells of course he wants a large sum of money with the sale. His other motives however are more than only easing the job of hackers to access personal data, but to raise awareness of netizens they should take care of cyber security.

Change your passwords and use two factor authentications! (If you don’t know what this is or how to choose a secure password, read my post about it!)

Passwords and their security