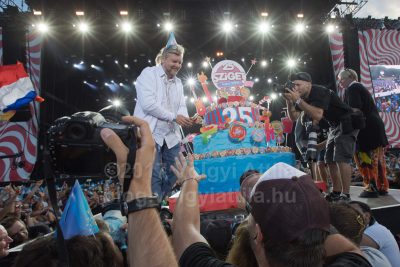 Few days ago I wrote about the photo gear theft at Hungaroring photo centre last weekend and I wouldn’t want to come back to he theft topic again. However I have to write about this too. At Sziget Festival you should also watch out for your valuables. In the big crowd it is just as easy to loose something accidentally as it is possible to run into thieves and get things stolen.

While at Hungaroring there hasn’t been any thefts until the incident last weekend, Sziget Festival however has a reputation in connection to thefts. Colleagues have been rumouring about this and that got stolen from them. At the Sziget Festival media centre there are wanted signs warning for various items of gear getting lost or stolen.

There are quite a number of stories about camera being stolen from a bag sitting next to the owner’s feet in the VIP section. Or as a more extreme example there are rumours about tents being cut through to steal some things from it.
Of course just like at Hungaroring, organisers of Sziget Festival also don’t take any responsibility for unattended equipment. At the press centre they also provide lockers (much smaller than the ones at Hungaroring) and Sziget Festival also offers lockers not only for media workers, but for the general visitors as well to keep their valuable belongings safe.

Those who only go to a festival to enjoy music and spend free time may be off easier. They don’t necesarily have to take expensive gear witht them. Those who go there to work may have a harder time as Festival photography (however not in all cases), but some times can require almost as serious a photo gear as photographing Formula-1.

I repeat my previous advices this time again to minimise risk with your gear.

When does the Sziget festival actually begin?!