I had a blog post roughly ten years ago with the title Rather become a bus driver. Of course it is a tad bit(?) demagogue approach of the economic aspects. The current is none less so. However the current pandemic especially puts an emphasis on the differences of the the two professions.

This new title is inspired by an article of Hungarian Forbes. The economy magazine tells the story of a photographer Mihaly Nagy, whom I already mentioned on my blog. His photography assignments are over from one moment to the other. He choose to start working in food delivery to replace the income lost with the photography jobs.
As they write, it is not the first time he chooses this escape route. During the winter off season when no weddings are held and only a few events are held he used this method to get extra income for surrvival. He currently “only” extended his usual survival strategy onto a greatly differrent economic situation – that has the very same effect of loosing photograrphy income sources. 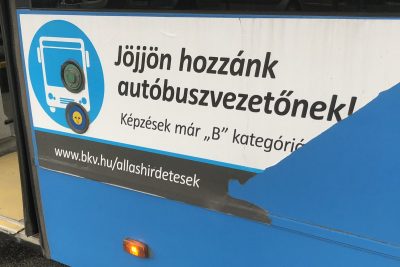 As Forbes writes, he works daily 10-12 hours, tries to collect as much as possible, while he can:

“While I have a job,  I bear this time period, I don’t sit in a corner depressed.” However he misses photography. „I didn’t take a photo in ten days – he says,. then he starts thinking. – It seems to be more than that more to me.”

An important moral of his story is, these special times are not for loosing heart and being choosy. Rather look for and grab the upcoming possibilities!