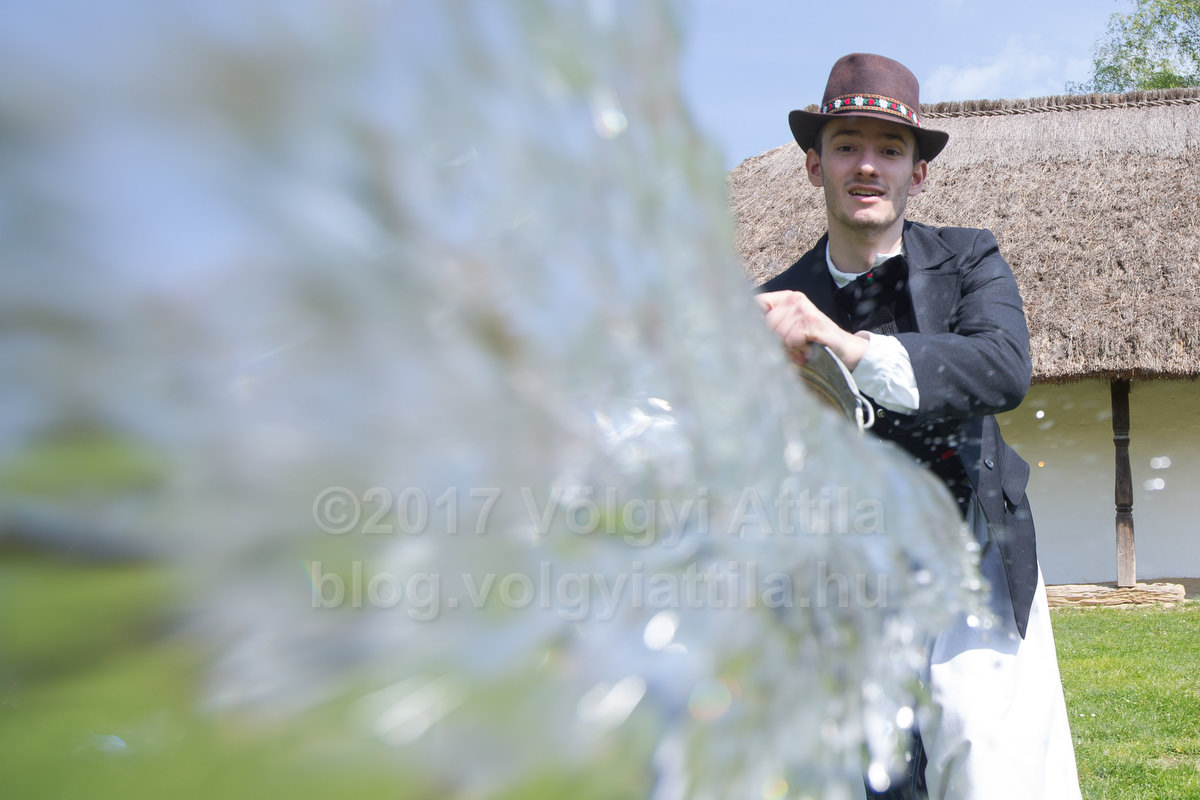 Many of my female friends don’t like the masculine folk tradition of Easter waterings that is mandatory part of the festive in Hungary. Some straight consider it to be harrassment – including my photos of it. I think it is important to tell on Easter Monday I too get watered – I hope not to wither without this celebrartion this year! 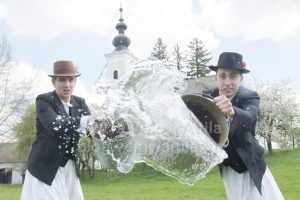 In Hungary on Easter monday it is a tradition for men to water women as a form of fertility folk traditions. It is considered women would wither without it. During modern times it became a more formal act with only a few drops of water or even parfume. However the original folk tradition was to use buckets of fress water from the wells and girls usually tried to run away – what made boys even more determined to hit them with water. I photograph these folk traditions every year in various cities of Hungary.

A few years ago I started taking photos from the angle of girls too, to show how scary – or fun it is to stand in front of the flying water drops. This allows even more visual photos to be taken. To take such photos I too need to get myself wet. 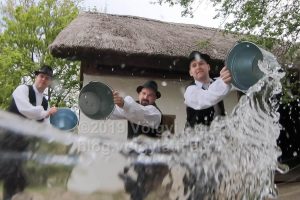 It also happenedd some times I only attached a remote controlled camera onto a fence and asked the boys to drop the water anto it as it would’ve been a girl. In the end it gives quite similar photos, but the real thing is to hold the camera in your hands and be in the first line of fire.

The main consideration is to have more control over the image, have more possibility to frame or change the pictures as needed. Of course that is a factor too to have better werk photos of me. 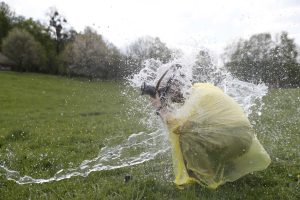 To avoid unintentional malfunctions of the camera I usually put it into an underwater housing. Even if the camera is officially weather resistant (we all know what it means in reality ) and for simplicity I put on a rain poncho, not to get my clothes soaking wet. Of cousre I’m not afraid of water. I would bear getting soaking wet, but that way travel all along home would be much less comfortable and getting changed is more complicated.
But if next year weather will be nice I might do it without the rain coat. During he downwton water fights we never dress in this overly cautious way – however then I don’t have to trravel for long hours to get home.

The story needs to be added what I published on my Hungarian blog countless times: fewerr people know it even in Hungary, but these Easter folk traditions have an aspect of girls may return the favour on Tuesday. Because of this I like to document this reversed angle of the tradition too. 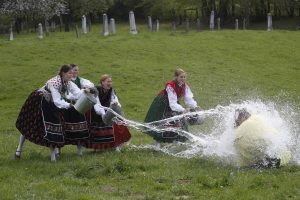 I usually ask both genders to drop water on me. The boys to help me take pictures of the widely known tradition and the girls to show the less known side too – once they don’t usually do it themselves (because this tradition is not followed in all parts of Hungary).

So the werk photos were taken during the girls round. I’m thankful for them to my friend and colleague Laszlo Balogh.

And how the photos turned out to be? You can see them in my post about girls grabbing the buckets on Tuesday, but it is worrth to check out my other Easter posts too. 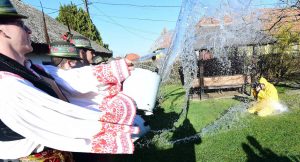 Ferrenc Isza during work
For his photos click on the image!
Photo by Attila Kisbenedek/AFP

Others do it too
For the sake of completeleness I must add I am not the firrst and prrobably not the last to use this technique in this or a similar situation. Many photographers do similar things. I do it for years and I was experimenting with similar photos long before. Probably fellow photographer Ferenc Isza did it earlier than I did. I saw a similar photo of his  in Blikkben in 2016. He even published a werk photo of him that time. Having also a yellow rarin coat is a coincidence however – I usually have a black one, I just didn’t find it this time. However it could’ve been intentional too, as yellow looks much beter in the photos than black would.

Photographer got watered too

Happy Easter to everyone!